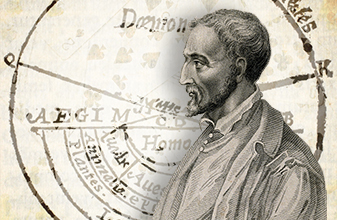 Girolamo Cardano, the 16th-century Italian mathematician, gained great fame from his mathematical and scientific publications. So large was his intellect in such matters, that no less than Leonardo da Vinci sought his advice on the secrets of geometry. History has revealed that before he shared his awareness of the benefits of applying probability, he used this knowledge to gain advantage in his social and professional relationships, with liberal application to the world of gaming. Indeed, he may be the earliest celebrated advantage player (“AP”). And for those, like da Vinci, who paid attention, there was much to learn from his teachings. Like a magic genie, Cardano shared many secrets.

Let us learn from his experience: let us not hasten the day we force our adversaries to become better.

The problem of AP’s educating casinos is not fully addressed by stating that there is already information out there. Lots of information has been out there for a long time, but this does not mean that everyone is paying attention. Those who do pay attention have no doubt learned of many not so obvious opportunities to alter the house percentage. But not everyone has a trained finger on the pulse of advantage play. However, if we absolutely insist that the slower among casino folks pay attention, even the C and D students will eventually get it. As many learned from memorizing their multiplication tables, one does not have to understand something to somehow allow it to be beaten into his skull. Given time and endless repetition, even the slowest students eventually get it.

Fortunately for them, casinos don't have to come up with anything new on their own. Inevitably, because they have the money to hire those who pay attention to such things, casinos will institute defenses which will render any advantage play more difficult to exploit. We are under no obligation, however, to make the casino's task easier; a result that so many seem, however unwittingly, so bent on accomplishing. Nowadays, with the advent of the internet and the propensity of some AP’s (and wannabe AP’s) to broadcast every little secret, the casinos do not have to work at learning the ins and outs of advantage play; they can simply log on to sites such as bj21.com or blackjackinfo.com and they will have it spoon-fed to them. And with the gentle prodding of powerful search engines such as Google, even math-challenged semi-Neanderthals can tap into knowledge accessible in the not-so-distant past only by (gasp) reading a book.

Many years after primers from pioneers such as Thorp, Revere, and Wong, there were still highly profitable games readily available. The '90s and early 2000’s were perhaps the most profitable years for card counters, decades after Beat the Dealer. What happened? Well, continuing a distressing ego display made popular by Ken Uston, not just a few of those on the blacklists decided that if you can't do it anymore, you can write about how you did it. (Doyle Brunson made this mistake while still an active poker player.) Ah, what problems our egos create! Many whose advantage play opportunities began drying up decided to write a book so that everyone who knew how to read, and casino managers who were acquainted with someone who knew how to read, would be made aware of just how clever the book authors were.

That casino managers have notoriously slow learning curves is a good thing. Why must we force them to get better at what they do by repeatedly rubbing into their faces every exploitable facet of gaming? Is our need to show off such a primal force that we cannot learn to exercise some self-control? In a day when information flows at literally the speed of light, we cannot expect to keep a lid on special knowledge indefinitely. But if we can just exercise a little more discretion, we can certainly delay the time when such information seeps out of Cardano's magic lantern and drifts over to the dark side of the table.