A legal opinion on preferential shuffling 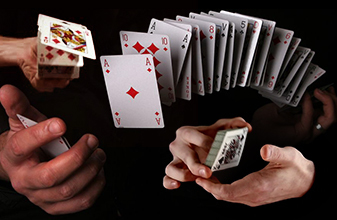 Preferential shuffling is not illegal per se and cannot be made illegal per se. It is, however, likely that it is illegal in Nevada as the practice is currently constituted.

All the arguments concerning statutes are misplaced, and the Nevada Supreme Court has arguably spoken on the issue. Reference to the cheating statutes indicates that they apply to the casino and the player equally. While Gaming Control Enforcement may have a different perspective, the law as stated by the Nevada Supreme Court is controlling, and each participant (the casino and the player) is governed in their actions. On an individual game, the dealer is the casino's agent and is thusly the casino’s designated "player."

And the law is as follows: Those who gain an advantage by using their mental skills to count cards and gain an advantage unquestionably do not violate the law. That cards be shuffled and that the determination of when they are to be shuffled are factors within the dealer's control, are elements of the game. Thus, counting cards and implementing the count to the benefit of the casino within the rules of the game is not cheating.

So here's the rub. Despite the truism that card counting and using it to one's advantage is not cheating, the law in Nevada as construed by the Nevada Supreme Court also clearly delineates certain parameters. One of these is that use of confederates off of the table is cheating. Thus, the counting and the shuffle decision based upon the count is cheating if they are made by confederates off of the gaming table.

In my experience, supported by documentation, counting for preferential shuffling often occurs from a count transmitted from the surveillance department. I cannot fathom a circumstance where the surveillance operative watching the game and count on camera and dictating the play of the game is other than a confederate off of the table. Note that such use of the surveillance system can also be construed as use of a device. Likewise, if a pit critter signals in the shuffle while counting off of the table, illegal use of a confederate appears to occur. Thus, preferential shuffling as regularly undertaken in Nevada is cheating.

If, however, the dealer keeps the count and makes the decision, there would be no cheating. Don't argue too hard against this assertion, because if this is not the case, then even basic counting becomes suspect, and it is a given that that is not cheating. Simply, be careful what you wish for.

In this respect, I also noted that someone wrote the following: "A casino that allowed its dealers to make playing decisions would undoubtedly be cheating." I wonder what provides the authority for this statement. Casinos obviously put out set rules, and players would avoid a game where a dealer could look at several likely twenties and hit a seventeen. This is not, however, to say that if the rules of the blackjack game at a given casino are, "Our dealers will play you heads up, and can hit or not hit any hand they determine at their discretion," then the game is illegal. This goes back to the duality mentioned above. This is gambling. Sportsbooks make daily discretionary decisions. Shills regularly sit in on poker games and make discretionary decisions. The fact that blackjack does not lend itself to such decisions does not make such decisions if they do not go outside the parameters of the stated rules, illegal.

The bottom line is, nonetheless, that the cheating laws are to apply equally to the house and the player. Whenever one side attempts to construe the rules as different for either side, the law comes back and reminds the patron and the casino that it is indeed a one-on-one contest for each patron. Thus, the casino, like the poker player, must protect its cards and hole-carding is not illegal. And the player, like the casino, is free to take advantage of the count. The only caveat is that all of this must be kept at the table where the game is occurring, and the use of devices and confederates off of the table is prohibited.