Risk-averse spouse can be a significant energy drain 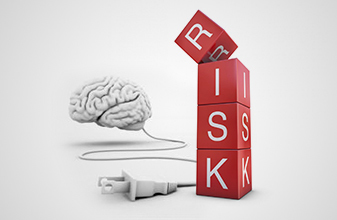 A risk-averse spouse can be a significant energy drain. It's hard to tell how your partner will handle your advantage play. Advantage play lies in the intersection of money and one's philosophical understanding of risk. Relationship discord over money and risk can take a substantial toll.

My ex-wife is resourceful and resilient, and is blessed with a high tolerance for career risk and change. I would have predicted that she would have no problem with my activities: beyond her open attitude to change and risk, she had no religious or moral objections. What I did not notice at the time was her deep fear of investing. She had never bought a house or equities or bonds - she preferred bank accounts. She does not trust 401K's because early in her career she lost 15% during some downturn, and regarded all that money as gone forever, including the remaining principal. For her, investing is only acceptable if you win. She has no concept of the difference between expected value and earnings: if the investment lost, then it was a bad one to begin with.

This is a common misconception - the inability to distinguish expectation and result. Many people see lottery winners as winners. When I hear of a lottery winner, I think of someone who made a bad investment and was saved by fortune - I call that person a loser. You can't choose whether you win or lose a particular bet; you can only choose investments with a positive expectation and a downside that won't ruin you. For my ex the whole analysis is more simple: never lose.

Many people never invest because they dislike losing money under any circumstances; one would expect such people to be cautious in most things. Maybe my ex-wife is unusual, or maybe people are just too multifaceted to be predictable, but her high risk tolerance does not extend to money: she is completely averse to financial risk. Snorkeling without a life jacket or quitting a job and moving to a new country? No problem. Making 100,000 half-Kelly bets? Too risky.

Initially she was supportive. Impressed by my dozens of hours of Casino Vérité practice and my heavy reading, she encouraged me to drive to the casinos, at one point stopping at a casino and urging me to play. I was completely candid about the mathematics. I explained risk of ruin, how large a bankroll was needed for 1.83% risk of ruin, and how risk of ruin was higher due to errors, expenses and too-cheerful estimations of game quality. I shared forum stories of downturns lasting several hundred hours. I over-communicated, in hopes that even if she didn't understand the significance of the mathematics (she didn't really get it), there would be no distrust resulting from even a hint of secrecy. Even well-intentioned secrecy can be toxic to relationships.

There were to be no surprises; everything aboveboard. It didn't help.

For the first year, I had to train myself psychologically. It takes time to accept that a fluctuation of a month's rent in two hours has no significance. It takes more time to accept that 4 recent consecutive losing trips will quite possibly be followed by three more losing trips which still collectively amount to a result of no significance. An AP learns that anxiety over short-term losses is a waste of valuable energy. His spouse is not so close to the action, and may start to wonder what is going on, or imagine that there are hidden goings-on.

Even as I broke free of the anxiety over losing, she continued to fret. Having acclimated to sudden gains and losses hadn't freed me much because I still had to bear a psychological burden of losing: someone else's psychological burden. Losses forgotten during the drive home again became an issue once I was through the front door. I couldn't act like I cared about the loss (yawn), because that would be insincere - again, toxic to relationships - but I never found a graceful way to allay her concerns.

I tried telling her that we should discuss results only on January 1st and July 1st. The problem is that she still looked for clues in my demeanor, and any attempt to look stoic generally leads an observer to conclude that things are not going well. When I was running hot, I wanted to share my statistically meaningless winnings, so I became even more stone faced to compensate, which created a worse impression than when I was actually losing. So this approach didn't help.

I showed her my spreadsheet of three quarters of results - a winning record. It didn't help. She saw only the magnitude of multiple negative entries and the multiple strings of consecutive negative entries. If advantage play was truly a money-making endeavor, what were all these losses doing on the spreadsheet?

The schedule was another problem. Coming home at 2:30 a.m. or getting up at 4:30 a.m. several times a month will test your marriage. There is a tendency to wonder what you're really up to. Given some of the sleaze hanging around in casinos, I'm sympathetic to this suspicion. I showed her the hours logged on the spreadsheet, and explained that I usually spend 7 hours at the casinos for each 4 hours of play. Didn't help. I took her backcounting a couple of times. Perhaps unfortunately, I won both times, which created the impression that this whole enterprise is easy. Didn't help.

It was much easier when she was away. I could return home, log the result, and move on to other productive activities immediately. Now that I'm single I completely forget whether I won or lost the last couple of times. I have much more energy for non-AP activities because I have no explaining to do.

It's difficult to predict how controlling or intrusive any person will be about an activity involving long hours and this much money. My ex was highly tolerant of my day-to-day comings and goings in everything but advantage play. Unfortunately, even people who are not particularly greedy or controlling can be nearly psychotic about money.

Based on my experience I hesitate to have even a girlfriend while I continue to be an AP. I sleep just fine after a loss, and energy is precious: we need all of it to be alert at the tables, Since my divorce I am a better AP thanks to lower anxiety levels associated with returning home. It is as if a weight has been removed from the top of my head. I can forget about losses before I leave the building - I don't have to sell them to anyone. No more energy spent during the drive home, wondering how she'll react. I can think about that ice cream at home in the fridge, or my nice warm feline-heated bed.

An anxious partner constitutes a formidable drain on your energy, which can drag down your quality of life in every way. In my case, it exposed profound problems in my marriage, which was a blessing because we were able to move on sooner, but don't underestimate the potential downside of having a spouse who is not totally behind you on this. I was surprised at how costly it was.

Your mileage may vary. I sincerely hope for your sake that it does.