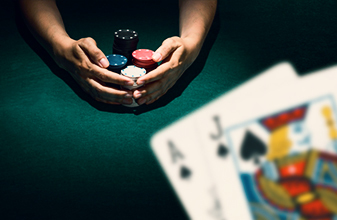 I am realizing that I do not make as much money per hour at blackjack as I think I do. I am not just talking about that I am not as good as I think I am, which is true. An hour at the tables is at least matched by time spent driving, walking around before attempting to wong in, cashing out some of the chips, playing a bit at other games to bide time before the second (or third) cash out, and various other necessities like eating. And this doesn't even take into account time for scouting, which I should be doing more. The ratio of actual play time to non-play time is at least 1:2 if not 1:3.

Cougfan: That sounds about right. When I make a weekend trip, I will take the total time on the ground, subtract two hours transportation time to/from the airport, then subtract ten hours per night for sleeping, eating, etc. I divide the remaining number of hours by three to get my targeted number of hours actually at the table. And I almost never get in even that many hours. After subtracting travel costs and other expenses, it is tough to make anything resembling a decent hourly return. I suspect that most non-full time-pros playing blackjack make more per hour at their day job than they do at the tables.

WRX: It's amazing how much time is spent driving/traveling from store to store, scouting, backcounting or waiting for fresh shuffles, which points to the fact that whatever your play, it's all about finding situations in which you can get in the hours. When I make an extended weekend trip, if I can get in just six hours or so on high-value games at good stakes, I'm quite happy with that.

Memphis: About 1/3 sounds right, depending on your region and your game. Cougfan's formula rings true for shorter excursions. I once played five or more hours a day for thirty days in a row (five hours at the felt per day). I felt awful afterward. I am sure my game suffered from collective exhaustion towards the end.

LV Bear: I also like Cougfan’s formula. He appears committed to getting in as many hours as he can on short trips. A key ingredient to the wise use of time is not to get distracted. On a short trip, there is no time for extended dinners, time-wasting shows, etc. Just work, work, work, right up to the time to head for the airport. Intelligent routing of casinos can help in some locations, such as Reno. If one is able to play at Grand Sierra, for example, it makes sense to make it the final stop, as it is just minutes from the airport.

I’ve seen players get lazy on the final day of a trip, especially if they’ve had a big winning trip; they coast through the final few hours. This waste of time results in EV left on the table that in the long run will hurt them.

Cougfan: It's definitely a grind. I almost never eat at a casino coffee shop, for example. They always seem to take forever. Fast food eaten in the car as I travel between casinos is my standard. It also helps to not turn on the TV in the hotel. Way too easy to get distracted by a show for me. Reno (and a lot of other places) are nice in that shops will cash chips from other places. Saves unnecessary time spent at the cage, where I often get stuck behind some guy trying to cash his paper payroll check.

The fact is that it's tough for a part-time advantage player who has a full-time job. I'm usually catching a flight right after 5 PM on Friday, playing all weekend, and flying back late on Sunday. If I'm lucky, I'm on the ground maybe 44 hours total. The availability of flights is a bigger consideration for me than the cost of a flight. For example, there are many flights between my home town and Las Vegas, including a return flight that leaves just after midnight Sunday. So, I end up going to Las Vegas a lot more than anywhere else. Playing blackjack really is a job.