Is peaceful coexistence possible between pit personnel and a skilled player? 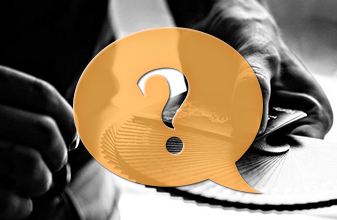 Years ago, as I was beginning to move up in stakes, I began tailoring a long term plan of attack, based on my primary objective of longevity and being able to play for a few years. The plan became a three pronged approach.

One, a larger rotation of 'local' or regular stores. Since I don't care for and wanted to minimize travel, I relocated to Las Vegas. Las Vegas does not have the best games in the nation, but it does have a large number of what I consider 'playable' games in close proximity. This means less frequent visits to each location, maybe two or three times per month instead of two or three times per week. You then go about spreading out those visits over different shifts.

Two, identifying and playing within the tolerance or comfort levels of each location. These tolerance levels will vary, not only among casinos, but by time of day and day of week, so it does take some work identifying these levels. It is my belief that some of these regular faces that I see, even with a bigger rotation of stores, know exactly what I am about, but also know that if they do nothing I will be gone in a few minutes. Out of their hair, with no work on their part or encounter at the table that could turn off other patrons. I call this the path of least resistance on the part of the pit person.

Three, an oldie but goody, short sessions. My experience and conversations with some pit friends have taught me that bet spread and more precisely, retreating from a large wager to a smaller wager is the most identifying aspect of a card counter. Short sessions, and setting exit triggers after showing your spread, eliminate this critical 'tell'.

So I have been going along pretty well, an occasional back off from the sweatier joints and an even less occasional back off (maybe mis-identifying tolerance level for that specific situation) from my 'regular' joints. But a while back, I had an unusual encounter. Just as I was sitting down, a pit guy I was familiar with walked by and said, "I'll give you 15 minutes". I was playing double deck, which is always a little more risky for me and I usually exit DD games within 15-20 minutes anyway. So I played and left after 15 minutes.

Now my first thought was that this was a 'warning shot' telling me that I was no longer within the comfort level of this individual. Second thought was this was just validation of my tolerance level play and he was just setting some ground rules. I have since returned to this location several times, once on this individual's watch, playing a short session with no issues.

So I am wondering, if anyone has experienced any sort of similar response or encounter from the pit that could be interpreted as a sign of coexistence? And if anyone thinks my interpretation is way off?