Do dealers rat out counters, or are they supposed to? 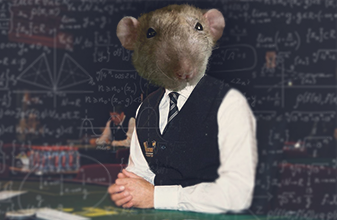 I had a dealer in a double-deck blackjack game at the Aria in Las Vegas stop checking for blackjack with a ten up, saying, "No need to check, there aren't any aces left.” Do dealers typically count, and if so are they expected to report suspected counters? If so, would one expect this more frequently at higher-end properties?

Skeptic: Most dealers can barely add up their hand totals

Cougfan: Was the dealer correct? I'm thinking this might have been an obvious situation where a ton of aces came out on the first couple hands so it was clear that all eight had been played. If it was more subtle, then I would be shocked, but if the dealer is only tracking the number of aces played, that isn't all that difficult.

Dale Hope: Yes, all the aces were gone. I was playing two hands heads up, and we were about halfway through the deck, so he was keeping track. I don't know if he was counting in addition.

It's obviously true that many dealers can barely add. I know that most cannot count, but I'm curious if the players here, particularly those who play in the high-limit rooms, have encountered a different class of dealers.

Rockky176: Yes, some dealers count cards, and play in other casinos. Some pit persons do the same. Some dealers like to kiss up to management and/or show that they are good and would rat out players. For the most part their observations to the pit persons are not taken too seriously for various reasons. I have seen many examples of dealers thinking a person is a card counter just because he plays quickly or is betting big or winning a lot. I have also seen some who were good, usually young, going to school, and dealing part time. At one time a player was talking about counting cards and the pit person said the dealer "Sam" knows how to count. We were about one-third through a six-deck shoe. The player said “Okay, tell me what is the count." I was thinking this is nonsense. But the dealer said "Plus seven," which was my count as well. I almost said "Wow."

EmeraldCityBJ: Most dealers have no clue how to count, even though many will claim to know everything there is to know about the game.

While this varies from one casino to the next, I believe that most casinos want their dealers focusing on following dealing procedures and don't want them spending any time concentrating on card counting. Most of the time, when a dealer rats a player out, it's because they observe a large bet spread, but don't necessarily know whether or not the player is actually counting. One of the more common ways for a dealer to bring attention to a player is through a "checks play" or "black action" call to the pit. Dealers who are aggressive about keeping the pit informed are not your friends.