Casinos and Advantage Players: Much Ado About Nothing 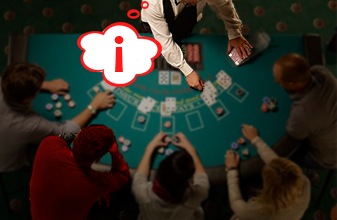 Let’s discuss some of the ridiculous things that casinos do in worrying about and dealing with advantage players. Do these casino managers have any sort of clue how few of us are really a threat, even collectively, to their bottom lines? With all this concern over budget shortfalls and declining wins, do the casinos executives and managers have any sort of idea how much they are costing their companies in the name of paranoia and ego?

I recently had the pleasure of making a coast to coast blackjack trip and played in a multitude of casinos along the way. Sort of a Blackjack Autumn and although not as long in duration, it was with a little more variety. In each area, it was interesting to see how the market leader functioned versus the struggling properties. One common theme: the market leaders generally offered good games to attract players, invited bigger action (at least heavy green and black), and didn’t sweat the money. No surprise there, but why can’t most casino managers seem to grasp such a simple concept?

Here are some examples I saw of casino managers stepping over quarters to pick up dimes:

Casinos downgrading games to h17 in traditionally s17 markets. Most ploppies play at a 2% disadvantage or worse, so you‘re not effectively increasing your house advantage 10%, as much as basic strategy might suggest. The edge you gain will be at the cost of driving your bigger players to your competitors to play a game they are used to. This, no matter how much misinformation your dealers try and spread. And a bigger hold does not necessarily mean bigger profits.

No mid-shoe entry. I especially saw this at the black chip tables and it is must be obscenely costly over a year’s time. Most high-rolling ploppies are amicable about entering a shoe, especially if they are losing which is probably more often than not. I saw a guy try to enter a shoe after one round and the pit denied him. The other table was full and the only other table was a deck in. The pit offered to “put him on the list” for the next shoe (??), but he walked out. 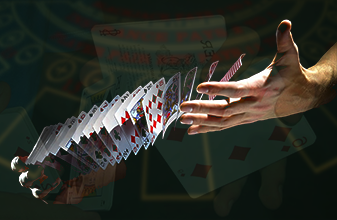 I’m in the cornfields of Iowa and the table is restricted to $100 max bet mid-shoe.

A known ploppy was told he had to wait until shuffle to bet bigger. This particular place caught a team a couple of years ago so now they are hostile and saddled with stupid rules like this. The team probably cost them a couple of thousand (if they were even good enough to be that big of a threat). The stupid rules restricting their high rollers for years on end = $10’s of thousands of lost profit for the casino.

A second cut card to indicate when entry when shoe entry becomes restricted. What Midwest genius thought of this one? Just let the people play and make some money!

$50 max bet and limited to one hand on carnival games even in high-end casinos. I guess they like ploppies to conserve their money. On a game in St. Louis, I saw a limit sign that said $5 min and $5 max. I wrongly assumed it was an error.

Conversely, the proliferation of carnival games, especially in Caesars properties and mini-casinos in the Northwest. But let’s take a look at the holds on those games; “34% is fantastic. We’ll make tons of money non-stop with those morons,” says the table-games manager. But when the customers figure out that they never win at your casino, they will stop coming. To illustrate my point, the addition of baccarat in Washington State has been a huge boon to the mini-casinos, attracting a multitude of high rollers with gambling funds that spill over to blackjack and other games. And the hold is around 9%.

Offering high-limit games heads-up and then great your guest with sneers, worried looks and a sense of unwelcome just for sitting down. And then they wonder why the pit is empty most of the time. Meanwhile, heads-up is hard to find at their relaxed-attitude competitor across town.

Lousy cuts at grind joints with low max and/or crap games. Never understood this one. How can these guys make a profit off of $5 and $10 fleas? $6-$12 an hour per player is not enough to keep the pit open. So they offer 6:5 blackjack and other sub-par games and that, with a paranoid demeanor, drives off even more players of any stakes.

6:5 blackjack. It’s still something mainly reserved for fleecing tourists in Las Vegas and paying for easily comped rooms. The games create bad feelings when even the most square of gambling writers report what a scam these games are.

Here are some random leaks in casinos profits that have been discussed on bj21 before:

Scanning the poker room for former blackjack players that might have been 86’d from the property but are sitting at a raked table. Then escorting them off the property. I’ve heard of Caesars doing this. It’s negative EV for the casino on so many levels.

Bad and reduced pen. When you are shuffling, the table is the equivalent of an unplugged slot machine. Even if you have an automatic shuffler, the cut card often signals “time to go” to many ploppies who may be finishing out their sessions. How much action each month does Wynn turn away when it cuts 1.8 on its black chip tables, missing out on several more hands from someone about to leave to see a show or play their last shoe on their way out of town?

Elaborate and time-consuming shuffles. The chances of a well-bankrolled, polished, and successful shuffle tracker entering your casino is extremely remote. If you are low-limit, it is pretty much nil. You will be WAY better off doing a simple shuffle, improving time and motion and increasing the number of hands dealt per hour, per month, per year. 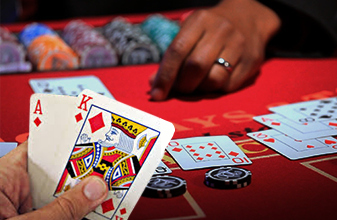 Getting back to my point, there are VERY VERY FEW accomplished players that are dangerous to your casino. All these procedures, countermeasures, time-spent training floor guys and cocktail waitresses to spot counters is largely wasted funds. Plus you just spent a bunch of money training your surveillance guy how to count cards, form a team and come back and hit you once you fire him! But don’t worry, if his is like many other teams, they’ll screw it up and lose money all while you’re fretting about it.

And in the meantime, money is going out the door left and right. Your pit personnel who received training in how to spot an advantage player on an 8D shoe (think Snoqualmie) but didn’t receive any training in player service and customer retention just sweated a losing system player off the game. Your dealers’ hours have been cut back and some of them are stealing from you with small scams and chip theft. Your floor people are falsifying fill slips and splitting proceeds with the cashier and your players club managers are stealing comps from others’ accounts. Now, most casino employees are honest, but just take a look at various states’ license databases to see the list of offenses committed by desperate employees. My point is, there are much bigger things to worry about.

Now FYI, a player or team has to not only COMPETENTLY play big enough but also long enough to be worth allocating the resources and incur the cost to take countermeasures. If a guy is playing big and being a pig then he’s got to be politely countered, and I don’t blame you. But how often will that happen and how many of us out there are worth worrying about? I know the number in my area. There are only about a dozen active players capable of generating an EV of $100 per hour or more.

There are fewer than a thousand active players in Green Chip. I would estimate that only 10% or so play at the heavy green/black chip level, so that means around 100 players. Let’s say there are another 30-40 players without a Green Chip membership. That still makes fewer than 150. Now I know there are a lot of red/light green chippers out that still get backed off and harassed. If you are one of them and that happens to you, you should just laugh because it’s nothing more than a joke. You should be perceived as a nuisance and that’s about it.

So these countermeasures, sweat, and procedures are mainly for the 150 players out of three million casino patrons who might walk into your casino. And what do they cost you? Let say on average, each AP makes $75,000 per year or $11.25 million collectively. There are around 1500 casinos in the US, so the average EV lost is around $7500 per casino. Now, even if I’m off by half, how much does all of this other stuff cost? A heck of a lot more than $7500 per year, and it’s all much ado about nothing.