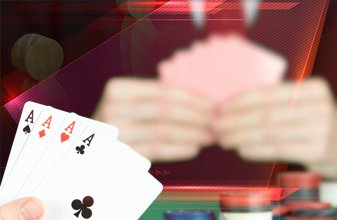 After seeing videos and photos of crowded Las Vegas casinos with a heavy mix of unmasked visitors, a previously-furloughed casino employee said she might never want to go back to work in a casino. “I don’t think I can do it. I don’t feel safe at all,” she said.

Despite the Nevada Gaming Control Board requiring every casino to operate with new health and safety protocols during the coronavirus pandemic, some workers aren’t convinced the measures are enough to keep them safe -- especially at a time when groups of visitors have been observed ignoring social distancing rules and not wearing masks. The failure of the Gaming Control Board to mandate that patrons wear masks has been a cause of consternation for employees, many patrons, and most Nevada residents, as fear of a new wave of COVID-19 infections looms.

A furloughed sportsbook ticket writer said he was shocked by what he saw among the crowds as he walked the Las Vegas Strip with his wife during reopening weekend “just to get exercise and check things out.”

“Not many people are wearing masks, other than employees,” he said. “It was alarming. I thought more people would wear masks, but they weren’t.”

According to the Centers for Disease Control and Prevention’s website, face coverings “may slow the spread of the virus and help people who may have the virus and do not know it from transmitting it to others.”

Different interpretations of the new rules was another source of concern. The ticket writer said he was surprised to see the use of social distancing, plexiglass and the enforcement of masks at blackjack and other table games vary greatly between properties. He said he would still be ready to work if called back, but said the crowds last weekend have made him more apprehensive.

His plan is to take his health into his own hands by washing and sanitizing them often, keeping his distance from others and not touching his face. “We have so many people coming in from different parts of the country, some of them from hot (COVID-19) spots. When you’re out and about and at work, you just have to watch out for yourself,” he said. “I just try to be as cautious as I can be. It’s all I can really do.”

While returning to work may be a risk, declining a callback has its own downsides. According to the U.S. Department of Labor’s website, “voluntarily deciding to quit your job out of a general concern about exposure to COVID-19 does not make you eligible for (Pandemic Unemployment Assistance)” or traditional unemployment insurance.

With Las Vegas’ April unemployment rate at 33.5 percent, finding a job is “definitely a concern.” But working at a casino is even more worrisome, some say. “Working front desk, you’re the first one interacting with people from all over the country. People are coming in with no mask, and you have to touch their stuff,” she said. “(The masks are) a guard for the workers. It’s really disrespectful to not wear one.”

While Nevada has kept its percentage of positive COVID-19 test results well below the national average, some of its neighboring states can’t say the same.

In Nevada, 3.6 percent of the daily number of virus tests were positive based on a seven-day moving average, according to recent data from Johns Hopkins University. California and Arizona -- among the biggest sources of drive-in traffic to Nevada, according to the Las Vegas Convention and Visitors Authority -- stand at 4.4 percent and 12.2 percent, while Utah is at 9.3 percent. The national average is 4.6 percent.

According to data from the Regional Transportation Commission of Southern Nevada, more than 15,600 vehicles entered Las Vegas from Arizona via Interstate 11 from June 5 to 7 — Nevada casinos’ reopening weekend. Nearly 45,000 vehicles from Utah entered via Interstate 15 in that time frame, while more than 59,600 entered on I-15 from California.

“So far, we have had no employees decline to return to work, or tell us they’re uncomfortable being back at work, due to the number of visitors at our properties. In fact, we’ve noticed that employees are excited to be back at their jobs,” Broome said. “However, if we had an employee who expressed that kind of concern, we would work with them individually and explore a number of options, including a personal leave of absence.”

Boyd Gaming Corp. spokesman David Strow said the safety of its team members and guests is its “highest priority,” and the company’s safety protocols “demonstrate our commitment to the health and well-being of every person in our buildings.”

“As part of our mandatory safety training, we remind team members of the importance of strictly following our safety protocols, and we ask them to tell us immediately if they see that certain requirements are not being followed,” Strow said.

MGM Resorts International spokeswoman Callie Driehorst said the company is encouraged by guests’ response to its health and safety plan. “We worked with medical experts on a multilayered comprehensive plan that puts health and safety at the center of everything we do,” she said.

Longtime advantage player and author Don Schlesinger, writing on blackjackinfo.com, is critical of the situation in Las Vegas:

Clearly, they don't care if they kill people. That's more than clear by their not requiring that everyone in the casino wear a mask. Callous disregard for life. Sickening, greedy, stupid...

And, of course, (some also believe) that smokers should have the right to blow their smoke in people's faces in every indoor venue in the country, right? Only, guess what? Except in casinos, where greedy owners don't care how many people eventually die from inhaling second-hand smoke, smoking is pretty much banned indoors everywhere in the United States.

The point is NOT whether I can stay safe by staying home; the point is that I have just as much right to walk into the casino as you do, and I should expect to be able to do that without the risk of being killed because you or anyone else not wearing a mask may be too arrogant, too stupid, and too inconsiderate to realize that, ultimately, your actions may kill ME.

It's really almost impossible to believe that there can be people so incredibly ignorant as to not understand this. Your alleged "right" to not wear a mask stops when it infringes upon my right to LIVE! (Those not wearing masks) should be profoundly ashamed of (themselves).

The rampant ignorance now being displayed in the country simply gives testimony to the time-honored dictum: the masses are asses. In (many) states in the country that have reopened, there are massive upticks in virus cases...

There are no politics whatsoever in my discussion of this. None.That it has become a political debate, instead of a scientific one, just adds to people's rampant stupidity. All the "individual freedoms" bull... is nauseating. Your individual freedom to sneeze in this day and age stops at MY FACE! ...

Every day, the number of states with increasing hospitalizations is on the rise. Given the above, this is not the least bit surprising. What is disappointing, of course, is that the (people) causing the rise simply don't (care). They are too ignorant to care. Sad.