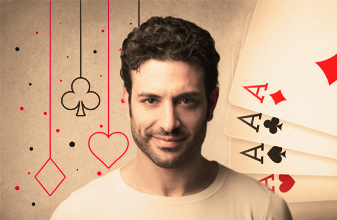 Stashing chips, also known as ratholing, has been a topic of discussion and different viewpoints among card counters and other types of advantage players for a long time. Stanford Wong offers his advice on the subject.

One question has bothered me. Would you counsel in favor or against “ratholing” chips during casino play? Las Vegas casinos so closely monitor my quantities of chips that I usually attempt, on a $5000 marker, to squirrel away $100-$200 in chips during an hour of play, in order to exaggerate losses and minimize wins. In your opinion, does the risk outweigh the benefit, particularly with “the eye in the sky”?

I do not like to have a large pile of chips on the table in front of me. It attracts too much attention. I often buy in for only $500 to $800 at a time. If chips start to pile up in front of me, I stick some in my pocket. But I am not sneaky about it. Sometimes I will ask the dealer to exchange some of mine for chips of a higher denomination, and I explain that I want to put them in my pocket.

Gamblers often remove chips from the table and stash them in pockets or purses. Therefore, doing so will not mark you as a counter. However, casino employees are suspicious of customers who establish “credit,” take out markers to buy chips, and then exchange chips for cash. If such customers never pay off their markers, they are stealing from the casino. It happens. If you are playing to front money instead of credit, you should not be suspect. If anyone asks you why you are putting chips aside, you can make up a believable reason. For example, “My wife/husband gets the bonus every time I get a natural.” Or, “I found a system that works. Every time I win three hands in a row, I put a bet in my pocket.”

After a very modest win, I was flabbergasted when the cashier picked up the phone and told the pit how much I cashed in. I was equally floored when the cashier at another casino picked up the phone, looked me straight in the eye, and announced to the pit “eleven green.” I had played conservatively at both places, did not severely up my bets, and thought I blended well. Apparently, I was wrong.

Your experiences were not unusual. The cashiers were not using anti-counter tactics. In some casinos only purple and larger denominations are called to the pit; at small casinos the attention starts with green chips. The cashier calls the pit to give casino bosses a chance to react if something is wrong. It is protection against counterfeit chips, and it is a protection against customers who use credit to buy chips and then attempt to convert them to cash instead of paying off their casino debts.

The Stereotypical Card Counter
March 1, 2020 8:14 pm
There is a 1980's British documentary Las Vegas Heist on Youtube about the use of hidden secret computers. It featured a Detroit man under the alias Frank, who used ratholing chips as part of his strategy. So from Frank's view, ratholing works (in the 70's-80's). Personally, I find that ratholing can make it harder for the cashier cage to verify your chip cash out, which could lead to an SAR.

102689
October 15, 2020 2:37 am
Pick up your chips, put them in your pocket and go to the bathroom. In the bathroom move a couple of the chips to the rathole pocket. When you go back to the table empty out the first pocket.