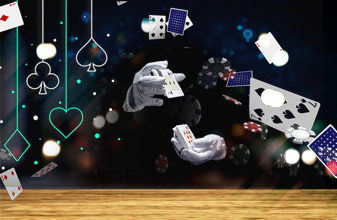 I’m curious: How many people here only count cards and do so solo for a living? I have been doing so for the past several years, sort of as an escape from a high-stress reality that had me burned out. Also, just because I have long wanted to and had the opportunity.

Here are my thoughts on the experience. Fortunately, I already had a large enough bankroll not to worry about the Risk of Ruin or paying a mortgage from that income. I could not imagine someone going out there with only 50k and trying to put out a $400 max bet to pay bills. That seems insane to me. Although my max is a little higher -- in some casinos lower, some right there -- I would say that is about my average.

A lot of the books and software (if you don't dive too deep into them or fully understand all the concepts involved) lead you to believe it is possible with 100 max bets to start a "career" as a counter... I guess it is possible, but not very probable, in my opinion, based on further understanding of the game and my own experience.

My feelings in regard to how I played over the past years mainly have been, my edge is already small, I am not going to waste $$ on a bunch of cover. My bet spread is as large as I can get away with, within the maximum I want to bet. Some cover is needed, of course, but minimal.

I have been backed off many times, 86'd a few times, flat bet a few times. Followed out, followed to my car, yelled at, had my license plates written down, pictures sent all over town., even told in a yelling tone, "Tell all your buddies, too -- we don't want you guys here, don't play dumb." The latter statement was at a place where I hadn't even varied my bet!

Pit bosses and other casino employees have to be some of the dumbest characters on the planet. I cannot figure out what their thinking is, or what has led them to be the way they are. Most of them seem to be ignorant, lazy, and way too concerned with counters when there are at least five other things that can take more money from their employer that they should be paying more attention to at any given time.

I recently had a female boss salivating from her exertion of power while explaining to me, and the dealer, and the curious, borderline-retarded drunk guy sitting by me, what a flat bet was, and why I had the pleasure of getting one. No joke, there were two other exploitable games in the place that were both being played at table max while I was getting massive attention for betting half of the table max. This level of stupidity is astounding to me.

I actually did my own version of the experiment from CAA at a local’s dump, and was given the toss. The pit boss actually seemed elated, although when I spread to two hands of four units, the count was... 0.. LOL. He said, "We've been watching you..." in a very proud tone. I just started laughing, I could not stop.

To sum it up, I am just about at my EV. If I drew a chart for the last couple of years, it would look either like a mountain range or some type of a messed up roller coaster ride that only goes up and down.

I have grown to hate casinos. I share the opinion of most advantage players, now that I have spent so much time in casinos. It sounded stupid to me at first, but now I get it.

A solo card counter is the definition of a grinder. The mental toughness needed for the grind is compounded by the swings, the dirty, the smelly, the scummy, the ploppy, the annoying, the chain smoker, the chip whores, etc etc etc etc.

I now feel like I am at a 9-5 job. One that I don't especially like, but one that I know will pay the bills, so I am not going to quit. I am looking for a new job now -- I am starting to focus on other methods as they relate to blackjack and other games.

Although as a solo player, most other advantage plays are tough to pull off. I am on the hunt now for sure. Hopefully, I will be taking a step into bigger and better things and will meet people to help me exploit casinos. Until I figure out exactly what I am going to do, I will continue counting. Maybe I’ll even pose as a low-level counter spreading a weak 1-8 in green on a double deck to make an hourly EV of about $70 in order to distract the pit while another score is taking place. I’m sure they would be so happy when they caught me that they wouldn't even notice all the black chips missing at the other table.

I am excited to find that new job. Maybe one with some entertaining co-workers. No matter what happens, I will always be a card counter at heart, but not a salamander.