How many index numbers to learn? 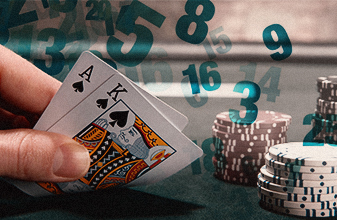 What should you use?

Part of the reason I memorize such a limited range of index numbers is during the days I supported myself playing blackjack, I traveled the world to find the best games, and I played against quite a variety of rules. I learned the index numbers appropriate to whatever rules I was facing at the time. Often on a flight I would learn the index numbers appropriate to the casinos of my destination. For example, sometimes I combined (South) Korea with Macau; I would learn the appropriate Korea numbers on the plane to Seoul, and then replace them in my brain with the Macau numbers on the flight from Seoul to Hong Kong.

Another reason for learning a small range of numbers is you are fooling yourself if you think you really need a large range of numbers. Simulations show little if any increased win rate for memorizing index numbers less than -1 and greater than +6.

As for high positive index numbers: They occur rarely in an honest game. If you do happen to get a high-low count per deck of say +10 in a shoe game, you ought to be asking yourself whether you are getting an honest game rather than rejoicing in a rare opportunity to use high index numbers. My own experience is that the only times I have gotten a count per deck of +10 or more on each of the first two shoes I played, I later found out I was being cheated, which is a rarity nowadays in well-regulated commercial casinos in the United States.

I included index numbers from -20 to +20 in the book because people want to buy a wide range of index numbers. I can generate them, and I can publish them for you, but that does not mean I recommend that you use all of them.

The high-low system involves a simple counting rule and a relatively small amount of data to be memorized; yet it gets the money. You can estimate your advantage more accurately, but only by using a more complicated counting system. You can learn a more accurate playing strategy, but only at the cost of memorizing more index numbers.

Early editions of the book contained index numbers for high-low adjusted for aces and halves adjusted for aces. Using those numbers required keeping a side count of aces. I no longer publish this information due to its lack of importance in increasing your win rate.