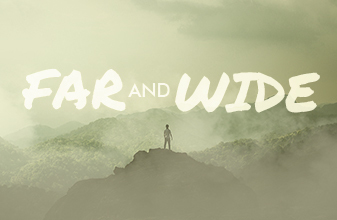 It is generally advised for card counters to spread themselves wide as far as playing locations are concerned. That has merit, within limits. Clearly, you do not want to be playing at only a few casinos just because of their proximity. However, I see a lot of advantage players (AP’s) spreading themselves too much to their detriment, playing at every dump possible. If they are counters -- and this applies to other forms of AP as well -- they have almost no hope of making any meaningful EV of the place. Even if they do, what they do not realize is the long term damage of "databasing" (Griffin, OSN, Biometrica, etc.,), and/or flyering that some of these are known for. The lifetime loss of EV at several tens or even hundreds of casinos due to being databased by one casino is likely to be monstrous.

I call this error on the part of AP’s analogous to the situation casinos find themselves in when they kick out a few ploppies or semi-AP’s in their attempt to get rid of all AP’s. They do not know the long term loss of revenue from kicking out a "good customer" and continue doing it much the same way as the AP continues playing dumps which take "no real action," not realizing the long term effects of playing the dump.

If I were to draw a matrix , the combination of playing a casino which is geared to low-rollers (takes no real action) and has "high databasing risk/flyering risk" is a deleterious one, and the three-dimensional matrix with AP technique on the third axis becomes even more deleterious if the technique happens to be counting. Of course, when a new casino first opens, it is hard to know whether they will become known for either of these, so one is pretty much in the dark. What one is going to regret is playing a casino after knowing that it belongs to the category described above.

From experience, I have found it advantageous spreading myself wide but playing a limited number of casinos and completely weeding out the worst. I wish someone had taught me this before I played at some nasty places a couple of years back.