What Pro Blackjack Players Look For 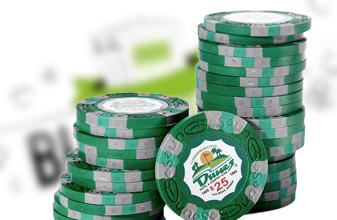 Professional blackjack and other advantage players pay the rent and buy the groceries with their casino play. When they go into a casino, they go with serious intent, looking for the best combination of playing conditions they can find.

What do they know that the masses don't? How can they go into a casino day in and day out and make a profit in the long run? Their styles of play should be studied by anyone who is serious about winning money from casinos.

Each pro has his own style and his own set of preferences when he is looking for the best game and the best casino, but there are some preferences that are almost universal among these knights of the felt. Words like penetration, preferential shuffling and heat are often heard in their conversation about the game. They will discuss rules and number of decks and betting levels until the wee hours. Styles of play are analyzed whenever these folks meet. What they know is valuable to anyone who sits down at a blackjack table.

To a pro, penetration is the foundation to any good blackjack game. Penetration is simply how far into the deck or the shoe the dealer goes before reshuffling the cards. The deeper the better. This allows the good cards to come out and makes the counting or shuffle tracking used by a pro more accurate. Nothing is more frustrating to a pro than to wait for a good count and then see all the good cards shuffled away by the dealer. Why? Just as an example, a player can expect to earn twice as much in a well penetrated two deck game than he or she could in a poorly penetrated game. An amateur can take advantage of this too, even if he or she isn't counting cards. If you're playing in a game, especially in a hand-held single or double deck game and you see a lot of small cards (those with a value of seven or less) come out, then it's a good time to raise your bet, because the big cards, the ones that give you blackjacks and the dealer breaking hands, are still in the deck. If a game has poor penetration, then those good cards are going to be shuffled away before you can use the knowledge you gained merely by watching the cards a little more closely than usual. Most pros would agree that good penetration consists of at least 75% of the deck or shoe being dealt before the shuffle. If they see less than that, they will simply pass the game by. It isn't worth playing, no matter how good the rules are if the penetration is bad.

A close cousin to penetration is preferential shuffling. It is a practice used by many casinos and loathed by professional players. It is usually seen in two circumstances. Sometimes, the dealer is counting the cards as they are dealt. If the count gets high, which means conditions are favorable to the players, the dealer will simply shuffle up the deck. Other times, the dealer won't be counting, but will wait until one of the players makes a big bet, or spreads out to more than one hand. Suddenly, the cards are shuffled. You may hear the excuse, "Well, we want to make sure we have enough cards to finish the hand," but don't believe it. This type of shuffle hurts not only the card counter at the table; it hurts every other player as well, because no one is getting the opportunity to play in a favorable deck. Some experts have estimated that you lose 2% or more of your normal expectation whenever a preferential shuffle is used by the casino. Many pros consider it to be nothing short of cheating. Often, pros look for a shuffle card to be in use, which is a plastic card placed in the deck or shoe at the point where the dealer will shuffle, in the hopes of avoiding a preferential shuffle, but a shuffle card doesn't always guarantee that there will be no preferential shuffle. When a pro sees a preferential shuffle, he is out of there. You should be, too.

This brings up the issue of heat. Heat is the pros' way of describing the tolerance of a casino towards their play. No matter what the casinos' advertising says, casinos don't like winners, at least not the kind who can come into their house and win day in and day out. You can't really blame them. After all, they didn't invest in a gambling house to lose money to the players. Pros are always interested in how far they can push the casino before they get the final tap on the shoulder from security. There are casinos which bar players who even look like they are counting cards. Some have been known to bar players who simply had lunch with a card counter. Pros are always aware of the attention they are getting from the pit. They seek out casinos with a high tolerance level and they are always pushing the limits to see where the boundaries are. Many of them even keep records of which dealers or pit bosses are the most or least tolerant. Their ability to make a living depends on their ability to keep playing.

The number of decks in play is another major concern among the pros. Each professional player has his or her own preference here, and it is usually tied to how much heat they may receive at a particular casino. Many pros play mostly shoe games, not because they prefer shoes, but because the casinos will tolerate more in a shoe game than they will in hand-held games. If heat wasn't a major factor, almost any pro would choose a single deck game, except the garbage 6 to 5 single decks that have come along in recent years. The more decks in play, the greater the house advantage is, if all the rules are the same.

It should be noted that hand-held games are the easiest games in which to cheat the players. When pros play the hand-held games, they are always on the lookout for cheating moves by the dealers, such as dealing seconds. This is not a major concern however, and shouldn't be viewed as a reason not to play hand-held games in reputable casinos.

The house rules are also paramount to a professional and are of great value to a recreational player as well. Good rules reduce the house advantage, while bad rules increase the advantage over the player. Good rules include the dealer standing on all 17's, even soft 17's ( a soft 17 is any hand that totals 17 with the ace being counted as an 11, such as an Ace-Six), the ability to double on any two cards, being able to resplit pairs, especially Aces, the ability to double after splitting pairs and surrender. Surrender is the right to give up half your bet after you have been dealt your hand and the dealer's up card is dealt. Early surrender is the ability to do this even if the dealer has a blackjack. Surrender, particularly early surrender, is almost like the holy grail to a card counter, but it adds value to any player who knows how to use it. Bad rules include the dealer hitting a soft 17, limits on splitting or doubling cards, such as no resplit of aces or doubling on totals of 10 or 11 only, and no surrender. Some blackjack games, most notably charity games seen in many states, have a rule that causes the player to lose all pushes or ties. That rule makes the game unplayable for anybody. You'd get a better percentage from a slot machine.

Big players also look for special promotions. Sometimes a casino will offer special rules on a temporary promotional basis, like paying 2 to 1 on blackjacks, instead of the usual 3 to 2 payoff. They may place a special card in the deck which, when dealt out, provides a special payout bonus to players. The kinds of bonuses which may be offered by a casino are as varied as the human imagination. You can bet that whenever a special promotion is offered by a casino, there is a pro somewhere getting out his pencil and paper to figure out whether that promo can put extra money in his pocket.

It is important not to confuse these promotions with gimmick games offered by the casino. Spanish 21 is one of those kinds of games. It offers a number of very favorable rules which a pro would drool over if they were being offered in a real blackjack game. However, in Spanish 21, the house has removed all of the actual ten spots from the shoe, greatly increasing its advantage over the player. Other gimmicks include various kinds of side bets, such as the royal match or other bets that are separate from the actual game.  Another is the short payoff on ripoff 6 to 5 "blackjack" games. You won't find any pros playing these gimmicks because the house advantage on them is too large.