Inside the Longest Winning Streak in Blackjack History: The Way of Don Johnson [And 6,912 Rule Variations] 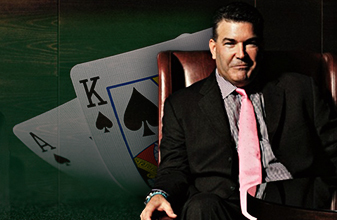 Choose the rules to govern your actions wisely. In life, this is a matter of freedom and choice (gift and blessing not all people have) which might bring us the end we’re supposed to meet. In 21, this is a question of advantages and thinking (predisposition and capacity all players can create) which may offer the end they would like to see.

The largest sum ever won in consecutive wins in blackjack provides for a fitting testimonial. The honor goes to Don Johnson and $15.078 million he took in five months at three Atlantic City casinos between December 2010 and April 2011.

The deconstruction of Johnson’s achievement is easy; it’s based on public information at hand. The deciphering is not hard either, considering the myriad of information available here and at other reputable sources. Conclusion and answer to the fundamental question “How he did it?” is powerful.

Johnson won by choosing wisely the rules which governed his actions.

He exploited the decisive connection between the blackjack house edge and game regulations which, in turn, reflected on the outcome of his play and the conquest that all patrons would like to see but only a few are supposed to have.

As reported by The Press of Atlantic City, “multiple sources in the casino industry confirmed the accuracy of Johnson’s story.”

Elaborating on his success, Johnson said he negotiated peculiar blackjack rules to set the house edge at 0.253 to 0.263 percent.

There was no limit on the number of hands or a specified length of time he was allowed to gamble. Johnson played up to three spots per table simultaneously and negotiated betting limits to his advantage.

Also, he intentionally worked to induce frequent errors of dealers not used to deal under these rules and circumstances, which enabled him to get many free bets (though he never disclosed more details about this).

All casinos employed surveillance cameras scrutinizing his moves and utilized sophisticated software to track his betting patterns and habits. They concluded Johnson was neither counting the cards nor cheating.

Instead, he played the optimum strategy in a perfect and well-disciplined manner.

The whole sequence of events was made possible by the financial crisis of 2008.

In the aftermath, casinos’ revenues began tanking, high rollers were diminishing, the recession left gambling halls vulnerable and, in time, desperation took its toll. By 2010, they were offering high-stakes games to entice whales, accepting more risk, and overpitching deals like never before.

For instance, Johnson had a lifetime discount at Borgata, a 20% rebate on each $500,000 he’d lose. Under the rules before the crisis, this perk would kick in only after he would lose whatever amount he’d won on previous trips to casino plus an additional half a million. When he realized such rules were skewed against him, he made a pause in visits.

Looking to solicit Johnson with more enticing inducements to return to Borgata, the casino executive which called him to offer historic deal changed a lifetime discount into trip-to-trip basis just to make it more appealing.

Moreover, industry-wide, casinos were competing between themselves for high rollers’ business at the time. Once Borgata closed the deal with Johnson, Caesars and Tropicana offered and accepted similar terms.

That’s how he was able to negotiate once-in-a-lifetime rules and conditions.

Ultimately, three casinos meet their match in Don Johnson; all of them pulled out of deals unable to handle this blackjack juggernaut.

Highly turbulent after effects cost one casino CEO his job and resulted in an overhaul of rebate policy, casinos’ approach to high-rollers, and made brick-and-mortar halls wary of allowing anything similar to happen again.

Decoding: The Art of Gambling War

Now, aside from his blackjack skills and intimate gambling industry knowledge, Johnson is also an avid horse racing bettor and founder of the company that develops custom-made software which defines risks and odds on horse wagering.

He’s been involved in equestrian performance sports for years; he grew up with racehorses on his uncle’s farm in Salem, Oregon, and worked as a professional jockey before being hired to manage Philadelphia Park racetrack back in the 1990s.

If Johnson was into making a lot of money, he could have used such background — not to mention serving as horse racing state regulator in Oregon, Idaho, Texas, and Wyoming — as well as his shrewd negotiating skills to monetize on it.

He opted for blackjack because of the house edge and an opportunity that knowledgeable, intelligent, and disciplined patron might have when he relies on skills and math to beat the house.

No other pastime can stand toe-to-toe with 21 when it comes to this; walk through the house edge lane of casino games is telling.

The mathematical advantage of the roulette in Europe is 2.7 percent, whereas in American version it’s 5.26% (courtesy of double zero and additional, 38th pocket); such discrepancy has been exploited by Dr. Richard Jarecki forty years before Johnson by using the similar approach.

Baccarat has the house edge of 1.06% on the banker, 1.24% on the dealer, whooping 14.36% on a tie; Akio Kashiwagi paid the huge price for not being well-versed in statistical house edge effects of long-term play at Trump’s casino.

In comparison, 21’s house edge is below zero by default.

Then, if the player executes a proper blackjack strategy soundly in a well-selected game variant, the house edge drops down to between 0.2 and 0.4 percent. But, with the proper strategy executed perfectly, the house edge is close to zero.

The only countermeasures at casinos’ disposal are the rules. Gambling houses have been tweaking them slowly, gradually, almost invisibly for the last sixty years to revert their advantage.

The first was H17 rule; then came restrictive pair-splitting and aces-resplitting rules, double-down limits (D9 vs. DA2), automatic shufflers, and of course, 6:5 payout: just the latter added 1.4% to casinos’ advantage while the former took away from players between 0.15 and 0.21 percent — per each rule.

As the industry insider and a professional blackjack player, Ben Johnson was utterly aware of this, which is exactly why he negotiated the rules so wisely.

In a manner which would make Sun Tzu proud, he subjugated the enemy’s army without a fight and picked up the time of confrontation when he was certain that a favorable balance of power resided on his side.

The Lesson: Hit Them Where They Ain’t

For his achievement, Don Johnson was inducted into the Blackjack Hall of Fame at Barona Casino in San Diego, California, in 2017. He joined the ranks of 24 honorees fourteen years after Stanford Wong was inducted among the first seven members.

(Side note. Barona Casino awards each Hall of Famer with lifetime comps for full room, food, and beverage as a part of the agreement. In exchange, players forfeit the right to play 21 at premises. Effectively shielding themselves from the most lethal bunch of blackjack experts in the world, Barona Casino showed by this move that Sun Tzu is studied equally on both sides of the aisle.)

Story of Johnson’s conquest is timeless. If not for lessons learned — which reverberate across the gambling into any sphere of human existence — then for its practical applications in online blackjack. And here is why.

There are 6,912 possible rule variations in blackjack according to Wizard of Odds.

Land-based casinos usually don’t offer much flexibility to regular players, except to search for a venue with liberal Vegas rules or similar favorable options, but at least transparently communicate blackjack variant they offer.

Online gambling hubs, on the other hand — available in infinitely larger numbers anytime, anyplace — tender more game variations but are quite opaque when it comes to detailed elaboration on rules.

Thus, to select the casino from reputable jurisdiction and to know Terms & Conditions intimately are the first two mandatory steps when choosing the online casino to play at. The next essential step for a prudent player is to determine the rules of blackjack.

Once such thorough research concludes, the best move a player can make is to personally calculate house edge. And only then can patron make a proper, well-validated decision about his odds based also on his skills level.

Anything else is guesstimation.

There is no other way around this but through it. Don Johnson way of thinking provides for the proof of the method.

Of course, most probably, no one will ever repeat his multi millions feat — it was the result of atypical global circumstances, years of accumulated blackjack knowledge, and phenomenal display of intelligence, focus, and responsibility.

Besides, casinos are ultra-fast learners: any breakaway which cost them money results in fortifying the exploited path with Kevlar set of modified rules and standard operating procedures which awaits the followers.

But, one doesn’t need to repeat Johnson’s feat: 1% will do the trick (yes, modesty also matters).

That’s why his story should be studied by generations to come. Learnings could serve as guidelines to any aspiring, advantage or professional gambler, and to hear it one day at any business conference or annual sales kick-off meeting would not be a surprise.

After all, we choose the rules to govern ourselves in any walk of life.

It’s a matter of freedom and choice we have to think right and create advantages which might deliver not only the end we’re supposed to meet but also the outcome we would love to see.