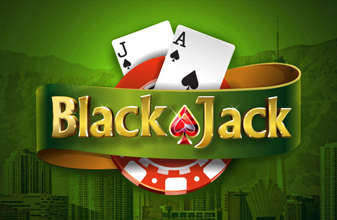 Question: To the occasional Las Vegas visiting card counter -- Is there a reason for polite bet spreads or should I just bomb away? There have been a number of discussions on Green Chip about Las Vegas backoffs despite "polite" spreads. Many of us make only occasional trips to Las Vegas, quarterly or less.

If the backoff is going to come anyway, particularly at the sweatshops, I'd like to hear opinions about using a big spread, say 25-500 or 1000, LV Bear style, assuming your bankroll can handle it.

Hodger: I play my own style, though many will criticize it. I go to Las Vegas usually twice per year for 4-5 days. I play every game in town and mostly $50 and $100 minimum double-deck games, though I will also hit the locals’ casinos and downtown stores. I will not play a double-deck game without at least a 1-10 spread. If I am playing $25 games, I usually play $50-800. My max bet is usually less than $1000 but not much less (say $950).

I usually get one or two backoffs per trip, but I get in a lot of hours. I never play with a player’s card. The comps are not worth it to me. I will play two-hour sessions or so. I never play shoe games. I have done this approach for years, and keep playing. I never get backed off in less than thirty minutes. I play for the money, but also have fun and don't sweat the backoffs. I try to play/drink like a tourist with wild bets, rainbow bets, and some tipping (not much). For me, the fun of playing is nearly as important as my winnings. There are a lot of different double-deck games to play. I was backed off three times in 18 months from one casino, but I have not been backed off there in two years since. Times change, employees change. My record is four backoffs from one locals’ casino, known for its sweatiness, over a seven-year period.

Of course, “your mileage may vary.” I play for fun and have been able to average well into five figures per year and treat this as primarily a hobby. I try to maximize my enjoyment first and EV second. I would rather play in games where I can sit down and play for a couple of hours instead of scouting shoe games. The EV may be higher for a shoe game, but honestly I would probably have a higher EV by staying home and working at my main business, than traveling to play blackjack. I am certainly not a full-time AP.

I think you find what works for you -- seek some advice here, but realize advice is just advice. Unless Don Schlesinger is giving you a mathematical answer to how to play, everything is just advice -- sort of like what to wear for a dinner party. I think many non-pros forget to figure in the enjoyment factor. It is a reason that I tip slightly when I play. I enjoy having a nice, friendly game. Of course, tipping is negative EV, which is why so many pros eschew it entirely. But so is tipping at a restaurant, donating to charity (after tax writeoff), and many other things in life. I treat blackjack like life and try to maximize my utility function of enjoyment. If I never tipped, I am sure I could have another $1-2k in EV each year but I view that as not worth it.

Now if I had to play for a living, then I may think differently. Blackjack for me never amounts to much either way in terms of income. I do enjoy playing though! I tend to get in around 700 hours a year between Seattle, Reno, Las Vegas and a few California trips to the San Diego area.