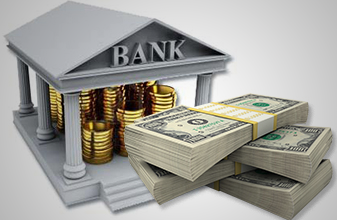 I often read the advice to new players regarding bankroll and RoR, and always players are warned not to play with money they cannot afford to lose. In general this is excellent advice. I want to relate the following experience because it is contrary to conventional wisdom, and because I did it. I don't recommend it. I'm not sure I should have done it.

As we all know, counting cards is a very risky business, particularly for the independent. Nevertheless, I financed my play with borrowed money. Here's what happened:

I had two years of very profitable play. Over 1000 hours in good pitch games spreading in green. I maintained a bankroll (actual cash) of about 125 big bets. Since I have other self employment activities I was not entirely dependent on my blackjack earnings, but with consistent winnings month after month for two years I had begun to spend rather freely. I thought I couldn't lose. It would seem that 1000 hours was a healthy sample size. I experienced some losing streaks, but always recovered in a relatively short time and continued to achieve new highs. Then it happened. Going into the third year, I couldn't win. Same game. Same spread. Plenty of hours. As soon as it looked like I was about to recover I'd get hammered. It went like this all year long. At year’s end I had a net blackjack loss of almost 100 big bets, with my low point being a loss of 120 big bets. Nearly my entire cash bankroll was gone. I was devastated. What happened? Was I cheated? I don't think so. Careless? No. What was it? I retreated from the casinos for a couple of weeks to ponder my situation. I read and reread the books in my library, ran sims, and struggled with the math of it all. After putting it in perspective I could see that my net result for the three years of play yielded a near average hourly result. For two years I had achieved above average results, and for one year experienced below average results, on the average winning at about expectation. But still, I was cash-poor, so I made a decision. I would finance my play with borrowed money and stay in the game. I accessed a low-interest line of credit, initially for roughly 50 big bets, knowing that I could very well need more, and went back to work. Probably one of the most difficult discussions I had during this time was explaining to my wife that I was borrowing money so I could keep playing blackjack. It wouldn't be right to keep it a secret. She reacted with some degree of alarm, but understood, and continues to be supportive. That was many years ago. I'm still in the game. The loan has long been repaid, and my personal bankroll has grown. I further reduced my risk by teaming up with other competent players. Now my RoR is practically nil. Life is good.

I'm not suggesting that I did the right thing. It's possible I would have been better off by not ever playing again. But, I had to know. I knew if I didn't get back in the game that in a few years I would wonder what would have happened. It felt too much like giving up. I didn't want to do that. I reasoned that it was okay, as long as I learned from my mistakes. Lowered my RoR. Built my bankroll. Reinvested a much larger percentage of winnings.

Be prepared for the worst. During the worst losing streak of my career I went over 800 hours without showing a profit. It could happen again, but I'm prepared for it this time.