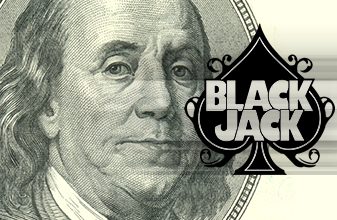 The concept of session bankroll is somewhat meaningless.

Think of it as a trip bankroll even if the trip is to an ATM machine.

So, one might have an hour trip, a day trip, a week trip, or whatever.

The best formulation is a trip bankroll as set out in BJ Attack IMHO.

A perfectly adequate formulation is in Blackjack for Blood.

H=Total Hands expected to be played.

P=Percentage of Bets which are Big Bets (expressed decimally). For SD and DD use .4. For multideck, .3 would be conservative.

F. Favorability of Big Bets. .02 is a reasonable figure.

The standard deviation for blackjack is roughly 1.1/(sq. rt of number of plays) In this instance, 1.1/20 which is about six percent.

Two standard deviations, giving the player rougly a 2.5 per cent chance of tapping out is 12% but after that number of plays the measuring point is the 2% expectation.

Instead, what if the session were two hours.

Why only big bets? Because that is where the majority of the variance is at and variance is what counts in tapping out. One does not probably play 40% big bets so the fudge factor here allows for variance of smaller bets.

Another question might arise. I suggested .3 for multideck when not nearly that many big bets are made. If the ramp is slow, the next to big bets count in variance too. If a Schlesinger Pattern of having the next to largest bet being half the largest bet is followed, I am guessing (and it is only a guess) .2 should work.

In any event, I am just offering a general approach and pointing out that, to my mind, the term session bankroll is meaningless. What is important in deciding how much money to have on one is the time expected to be played.