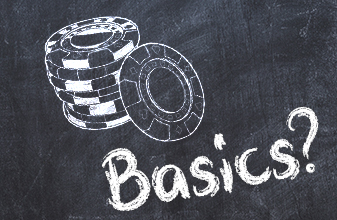 I understand your desire to know everything that there is to know about advantage play right off the bat, as I've always had that same kind of hunger for information from the day I first read Blackbelt in Blackjack and realized that there was much more to AP than counting cards, though counting cards is the best starting point for most everything. But some inexperienced players tend to give the impression of someone who wants everything for nothing; you're not willing to search for the answers, you want them handed to you in the most effortless way possible.

I was lucky enough to get my copy of the original Beyond Counting years ago when it was still generally available for sale, so it's somewhat easier for me to say, as my learning curve was dramatically reduced as a result of that purchase. But having someone explain a play or show you a chart is not the end-all, be-all of skilled advantage play.

The bulk of what I've learned about actually making money in a casino didn't come from a single book -- it came from networking, bouncing ideas off of other AP's, simply spending lots of time thinking about the game, and yes, reading absolutely anything I could get a hold of pertaining to casino advantage play; surveillance texts and newsletters, card counting books, the Green Chip archives, targeted forum searches going back over a decade (you can do that on BJ21), game protection manuals, casino management texts, and so on.

If you press hard enough, you may find a well-meaning individual who will hand you what you want, but it’ll be at the expense of your ultimate development as a player. You'll have the material, but it won't be even a fraction as valuable to you as it would be if you were willing to do the work yourself.

Advantage play is an uncertain, perilous field to work in; if you're the type of person who needs constant validation and reassurance that you're on the right track, then you will have a hard time succeeding. I don't mean that in a mean-spirited or discouraging way, it's just the nature of the work. If you're not confident in yourself, you'll be unable to make the kind of crucial, on-the-spot judgment calls that come up often in the field.

The point I'm getting at with all this is that you must create a foundation for skilled play organically before you can realistically expect to gain meaningful experience and become a better player. Just “Reading the Book” will not do this for you, and other players simply telling you what to do won't either. Literature, advice, and answers from experienced players are all important parts of the learning process, but the most important part of all is a new player's willingness to work for the answers that they seek. And as has been addressed here many times but still bears repeating, effective networking with competent AP’s can speed up and improve the development of a player.