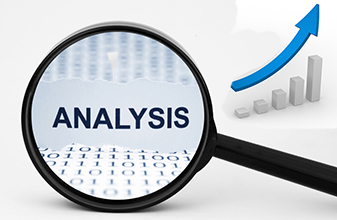 An interesting discussion developed on the Green Chip Theory page about the notion of Certainty Equivalent (CE). I decided to prepare some detailed analysis to this topic and hope to provide insightful explanation to the BJ21.com community. While the text is somewhat long, I believe that it is worth it for a serious blackjack player to understand in detail CE and gain further insights into the interesting topic of risk taking.

CE is a useful notion, which provides the intuitive quantitative understanding for accepting risk for greater return (so-called price of risk). The definition of CE is relatively simple: it is the minimum profit (percentage or absolute) one would require to forfeit an advantageous and risky investment opportunity. Equivalently, it is the maximum profit one would be willing to pay for entering such an investment opportunity.

Suppose that you face an advantageous investment opportunity (random variable) X. Advantageous means that the expected value E[X]>0, where E is the expectation (arithmetical average) operator. A rational investor will bet betting fraction f to maximize the expected value of some utility function U of his/her resulting capital (bankroll):
maximize E[U(C1)]

where C1 is the capital after one game, C1 = 1+f*X. We assume without loss of generality that the initial capital is 1 (one unit or dollar or million). A well-known example of a utility function is the Kelly (logarithmic) utility, where U(C) = log(C). See more comments to Kelly utility at the end.

CE can now be precisely defined as risk-free profit, which will yield the same expected utility as the investment opportunity X for an optimally betting investor. Thus, we want
U(CE) = E[U(1+f*X)],
which yield (under certain technical assumptions)
CE = invU(E[U(1+f*X)]),
where invU is the inverse function. For example, for logarithmic utility we have
CE = exp{E[log(1+f*X)]},
since exp is the inverse function to log.

These calculations are different for each investment opportunity X. It is possible to do the analysis for a simple +1 win, -1 loss game. It turns out that the optimal Kelly utility bet is 2*p-1, and certainty equivalent
CE = 2*p^p*(1-p)^(1-p)
where p>1/2 is the probability of winning.

It is useful and sufficiently general and precise to use continuous-time approximation for discrete games. We can assume that the player plays continuously, i.e., in each time instant makes a bet. To intuitively understand the continuous time, imagine that instead of betting once per minute the player makes one million independent bets per minute. For each of the one million bets the payout is one millionth. This means that the edge per each bet is million times smaller, and the risk (standard deviation) is 1000 times smaller (since 1000 is square root of 1 million). Now, making 1 million such bets is for practical purposes equivalent to making one bet per minute, with million times higher edge and thousand times higher risk. The negligible difference is that the player can adjust the bet size according to current bankroll a million times per minute.

Under certain technical assumptions, it is possible to obtain formula for CE

where k is the famous Kelly fraction, S is so-called Sharpe ratio: the ratio of edge and standard deviation, and t is the time horizon. In our example above, S is the ratio of edge per one bet out of the million divided by standard deviation of the one bet. Time t is then 1 million. In blackjack a famous measure is Don Schlesinger's SCORE, which is an analogy to S^2, and S corresponds to DI (desirability index).

Under the same assumptions one can get the formula for investor's capital C(t) at time t:

E[C(t)] = exp{k*S^2*t}. (3)
(Observe that the random walk W(t) influences the expected value of the capital, even though it is a driftless random walk.)

This may be considered an interesting result. The ratio is not dependent on the time horizon, nor on the Sharpe ratio S (or SCORE ratio S^2, for that matter). The ratio is dependent on Kelly fraction k -- it increases with Kelly fraction. For full Kelly, the ratio is 1 -- the Kelly player maximizes his growth rate, and the growth rate is the only consideration for CE. Kelly player does not care about additional fluctuations of the capital growth; the average growth rate is the only consideration.

In this sense, full Kelly has no risk aversion. Despite the generally accepted view in blackjack, full Kelly is not a reasonable utility function. This can be demonstrated by some results. In our continuous time setting, the probability that player's capital, betting Kelly fraction k, will ever drop below d percent of your capital (for example d=0.2 means losing 80% of the bankroll) is
p(k,d) = d^(2/k-1).

A reasonable utility function starts probably somewhere around fifth or eight of Kelly, maybe even twentieth of Kelly. For this it is important to note that the ideal definition of bankroll is anybody's investment capital (not necessary currently available in cash). The Kelly fraction should ideally be related to one's whole investment capital, not just some artificial bankroll. It is not completely correct to split your investment capital into more bankrolls for different purposes, and then use higher Kelly fraction. However, most people do this, probably for psychological reasons.