An inside view of the “brave new AP world” 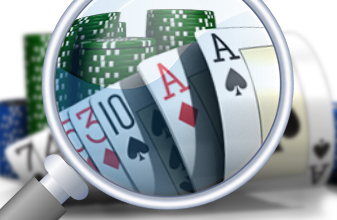 I and two other players known to me started advantage play around the same time, roughly 13 years ago, with similar small, four figure bankrolls. I was fortunate enough to live within 25 miles of a couple of 80% pitch games. Player Two lived in a locale that was bursting with inexperienced casino operators frequently offering off-the-top positive games that were too small stakes to attract out-of-town burnout crews, but a perfect fit for his bankroll. Player Three somehow managed to successfully grind the trash games in Atlantic City before moving on to greener pastures in the west.

Somewhere along the line it became vogue to extol the virtues of "advanced" plays and denigrate any lowly salamanders who make their money through inglorious methods like counting cards. Believe it or not, there was a time it was actually difficult to get a hold of Beyond Counting -- I didn't even see the book until a couple of years after being a full time pro. But these days there are lowlifes actually selling full photocopies of Exhibit CAA, not to mention a wealth of information on websites. It's just so easy for an intelligent person to take in some of this information and form a solid knowledge base of what edges can be obtained from certain games/situations, without having any clue how to actually make money. And the standard operating procedure seems to not be taking this new found skill into the real world and learning what it takes to make money in the casino environment, but instead hooking up with some benefactor who is impressed by the big edges and awesome scores and will bankroll these newbies for real money.

Many (most?) of these people are not degenerate con artists, but bright and articulate folks who really do believe they can just waltz their way to eight figure paydays playing hole cards and exploiting stupid casino marketing departments. It's not that they don't have an overall +EV portfolio, but they fail to realize the big six figure score they pulled from a dumb casino in a major southern city was more the exception than the rule. They're so busy back slapping that they overlook how fast 100k is chopped up by their five person crew, and expenses, and that it took a few weeks to make it. Sure 20k for a month's work is nice, but that's also the game they're still talking about 18 months later. Then they take a first class vacation for a few weeks to celebrate, and maybe splurge on a new car when they get home because the good times will clearly roll forever. But when they find the superstar on an Iowa riverboat, she doesn't work on that game again for five days so they pay the hotel room and sit around doing nothing for another crack. And when it comes, the game is fixed in 20 minutes. And on to the next town they go with no money.

The bottom line is more going out than coming in, and as we all learned in middle school economics, that is not a sustainable situation. And no matter if the person is of high integrity or an outright scammer, if they don't have the money, their creditors won’t get paid! Then the creditors trash them and they're out of work, since after all of this they still never rustled up that bankroll -- the end result is a trail of stiffed creditors and burned out players. So maybe I'm just a curmudgeon now, but I still like the old school method of making your own money through whatever means necessary and associating with others who have done the same. I think it's great you can see the river card on MS Stud, just don't ask me to give you any money. Beat it with your own cash, even if that isn't a lot. In a couple of years, you'll thank me.

To clarify, I certainly wasn't making any claims or taking a position on "counting vs advanced plays" which to me is the new "which level count is the best" debate. It was more about 2017 vs 2004 in the information age, and how it's shaping the distribution of new AP's and the effect on the community as a whole. Since card counting is a long established and well known play, it used to be that most newbies would enter into +EV play by counting cards and wouldn't be exposed to more advanced tactics until they had gained the trust of existing pros, which wasn't likely to happen until they had a proven track record as a solid gambler (this doesn't simply mean winning). Now we have many people entering the workforce with advanced degrees, and they want to be paid like a CEO, not the janitor, so they want to enter into deals instead of working their way up. Arming unproven or unknown quantities with large amounts of money (and trust) has led to many unfortunate situations. Hopefully I've given a little food for thought to people on both sides of the equation -- there are still no free lunches out there.