Many centuries back in an area which I believe was the middle east it
was common that in hand to hand combat each was armed with a sword and
a dagger. In such combat would any one care to be empty handed ?
Not Hardly. I seem to be one of very few that use both progression
and counting in my play. This may be because the math approach and
the progressive approach are at oppisite ends on every facet of the
game. Big bankroll- small loss limits, bet big because the count is high- bet small because you are losing, and liberial BS as to conservative BS.

It is clear that if you get lousy cards it is impossible to make large gains by any method. It is the objective of both methods to take advantage of situations as they happen in order to win. So why not both.

In reading the many chat boards on the subject, I became aware that no
large numbers of any group were consistant winners. Quite to the contrary the predominate losing figure was above 90%. So that again
turned me to looking for a common denominator- other than the table
there was only one-the basic strategy I was using at the time. One by
one 7 items over 20 years all pointed to a common source. It was
frustrating knowing that something was wrong, and I walked all over it
many times. Just about a year ago it found me and my cards got worse.
Huge streaks of one stiff in all sessions. This was not a surprise;
each usable step has brought even worse tickets.

In searching for the source of the mistake, I got a real education as
to the effect of the publicity of counting & progressions on the game
of blackjack. Kim Lee in a post above clearly nailed the fact that
anybody that looks like a winner is going out on his ass-even if he is
a newbie. Read that post-you don't know if you should laugh or get
mad as hell.(both ?) The casinos have gained more with the publicity
of counting and the end game than the player did. Most importantly
the allowance to change the game at will-their's.

The mistake I found, I called the flaw- because that is exactly what it is. That in itself is a further clue that I did not have to go on.

While searching for the source, I was also working on a way to use this discovery. It became clear that the casinos could make quicker
use than I could. That is why those in the know stopped at 14. Soon
enough we will have 8 deck CSMs with even money BJ and high minimums.

When my luck turned, I called it being out of sync with the cards. All
my tens landed on my 12s, all my DDs & splits lost, conservative play
would lose slowly. I would like to draw average cards for two years
to find out if what I have set up will work. I am reasonably certian
that at least one more mis-conception is involved in this game.

Meanwhile unlike those at rge I will continue to attack this game with
both a Sword and a Dagger. 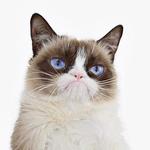 you're a great guy...but you don't have a clue as to what you're talking about re: blackjack and advantage play.

Send message
Frank Stanton certainly has a right to his opinion...

but I do not understand exactly what he is saying. Use a progression whenever counting or basic strategy "doesn't seem to be working", possibly? If that is the case, and it makes him feel better about gambling, then so be it. Hey, if you're having fun, go for it! But I don't believe he should spend a lot of time trying to convince a bunch of card counters and trackers,myself included, that resorting to progressions will make you a sure winner in the long run. Maybe he is somehow "right", but few people hanging around this site will ever be convinced.

Can't we just all get along?

...is not to "get along" with anyone, it is to attempt to spread misinformation and disrupt.

I thought the recent changes were an attempt to put an end to this kind of thing, although I can't see how - unless, of course, consistent trolling ("sword & dagger") will lead to posting rights' removal.

If we can just ignore nonsense, like that posted above, the "children" will go somewhere else where they can get the rise out of people. They are not here to educate or learn, merely to disrupt. If they are ignored then they fail.

We have a new start with this free page, let's all resolve to ignore and not respond to sheer lunacy, or else what is the point?

Maybe just have a standard disclaimer post, "The above post is complete nonsense and should be ignored", everytime certain trolls contribute.

Send message
It's GOOD that many civilian's don't believe in card counting....

Let's hypothesize that some supernatural event occurs tonight and that tomorrow every blackjack player wakes up with the ability to count and play BJ, IN A REAL CASINO. with the skill of Stanford Wong. How do you think the casinos would respond to the sudden influx of thousands of BJ players?

Remember, this assumes EVERY blackjack player believes and counts cards perfectly in a real casino. This is NOT what happened when E.O. Thorp wrote Beat The Dealer; then, people THOUGHT they could beat the game, but in real casino play most of them lost money.

Send message
Per your request

"The origins of the FLAW"

Back in 1962, or 1961, or sometime about 40 years ago, a younger Frank Stanton wandered into a Nevada casino. Not knowing anything about blackjack, like millions of other people through the years, he started playing the game with his hard-earned money. He plunked down a single silver dollar per hand, and over the course of three or four days, he managed to run it up to the incredible sum of *gasp* $1,200! Now Frank didn't know how to play, or that you could double down or split, or even basic strategy when he experienced this lucky streak, just like HUNDREDS of others who have luckily won before and since then, out of the MILLIONS of people who have tried.

Frank stuck with the game over the years, and slowly learned basic strategy and doubling down and splitting, but he never experienced that initial lucky run he had before. In fact, the more he (poorly) played, the more the normal house edge took effect, and he ended up losing more often than not. Now a reasonable person would attribute his initial winning to a freak swing in standard deviation to the positive (really good luck), and his continued losing to the normal expectation of the game as the law of large numbers took its effect on his results.

But not our boy Frank. He took the fact that he won initially without basic strategy, and has since then continued to lose with it, as a sign that there must be a 'flaw' in basic strategy, and it was this 'flaw' that made it impossible to duplicate his initial lucky winning run. Now Frank rarely doubles down, refuses to split aces, etc., etc. All moves that increase the house edge against him, but reduce variance. Of course, he is a loser with such strategies, but they reduce variance, so he steadily loses but does not experience the wild swings of really big losses (or really big wins). He justifies this as more evidence that there is a 'flaw' and basic strategy does not work.

In fact, Frank takes it much further. He points to such 'facts' as some Men's magazine published in the early 60s, describing basic strategy, matches the results obtained by the four mathematicians who originally calculated it in the 50s. This basic strategy also matches the results Thorp published in his early 60s book "Beat The Dealer". And this is the same result that anyone calculating basic strategy today will also get. A reasonable person would conclude that the reason this basic strategy is the same, is because it is the CORRECT ANSWER, just as if you ask 100 people what 2+2 is, you will get close to 100 answers of '4'. But not Frank. He considers this more proof of the 'flaw'. All these people are in a secret conspiracy, colluding among themselves to produce the wrong answers to hide the 'flaw'. In fact, it is not just these 100s of people, it is the very mathematical system itself that has conspired to keep the �flaw� hidden and keep Frank a loser.

The conspiracy goes much deeper than just the hundreds of people that have calculated basic strategy, and the mathematical system of numbers. Many people independently creating computer programs, using different methodologies and languages, all contain this 'flaw'. It seems that the element silicon, that computer chips are made of, is in on the conspiracy against Frank. The actual playing cards themselves have conspired against Frank and his 'flaw'. When Frank plays, probability does not work (probability is just a theory, Frank is always quick to point out, he doesn't even consider it math). Frank never gets the card he needs if he doubles down. The cards conspire amongst themselves and mostly give him 16 and 17. If he ever gets a blackjack (and this never occurs as frequently as probability would suggest) then the dealer has one too.

So a reasonable person might ask himself, If all these people are in a secret conspiracy, and the mathematics doesn't work when it comes to Frank, and the cards themselves are against him, and so he has been steadily losing for the past 30 years, WHY DOES FRANK STILL PLAY?

--- Ahhh, now you are starting to realize the true nature of the FLAW.

Send message
You don't have to be crazy to gamble

but it does help. Thank you for your observations bond trader.

The other side of the coin is Walt Thomason. According to his books
he does not count at all. Yet he continues to win, in what I consider
a tough market-the Fla boats. If you are having a bad day on a boat,
you can not walk to another casino. From the standpoint of view-if
it ain't broke-don't fix it, I can understand his reluctance to
engage in counting. Since I do use both, I have a good idea of what
is going on. It is exaspriating to know that you should be getting
good hands and continue to get 12s, and tens for hits-the fact that
the dealer was pat doesn't help a damn bit. My latest trend, which
started after I developed a method to use the flaw, is streaks of a
praticular stiffs. On 30 Sept & 1 Oct it was 14s and absolutely
apparent half way thru the first shoe. I can envision the shoe flashing B F I when my cards come out in the near future.

SOGGY-you keep posting that thing with so many errors in it, when the
correct info was posted here. That makes you lazy as well as inaccurate. If you like, I can send you a copy of the 61 article,
which covered various parts of nine pages. It mentiond a Roberts style count, a side count of aces, and the BS which you have to build from info is closer to todays liberal BS than Thorp ever got on his own. All this prior to the computers, as the author learns it in 1951
from his mentor. When and where did the mentor learn it ?

Don't forget now, Get a bigger bankroll, but I'll keep mine and play
with the income from it. May you have the good fortune NOT to draw
my cards.