Sunrunner, is Shackleford stupid, addicted or making a point? 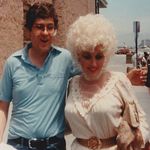 Below Sunrunner was critical of player who had their money caught up in the Neteller debacle. Sunrunner said:

"Three things come to mind. One, either you were to (I�m sorry) stupid to not see it coming, a whole lot of others did and got out of the way. Or two, you can't shake the gambling jones and just kept on whistling in the dark. Or three, you chose to make some kind of point, some kind of public statement."

Today I was reading a Michael Shacleford newsletter that said in part:

"In the last newsletter Bluejay mentioned that I had $30,000 in pending withdrawals at Neteller with the withdrawal process stalled after the Neteller founders were arrested. I'm afraid that since then the situation has gone from bad to worse. U.S. authorities recently seized Netellers' customer accounts as evidence, preventing Neteller from processing any more withdrawals. There is no end in sight for this problem.

So it is now day 45 that my $30,000 in withdrawals has been stuck at Neteller. When I log into Neteller to visit my imprisoned money I now have to go back 60 days, because they have fallen off of the default 30-day window. Another $20,000 I fortunately managed to get out via a Peer to Peer transfer, just before Neteller put the nix on those, although that money is still two bank wires away from reaching me. After the Peer to Peer fee, three currency conversions, and fees on two bank wires, a substantial chunk will be missing. However I would gladly do the same with the rest of my money if I could. I'm getting more doubtful every passing day that I'll ever see that money."

So valued Boardmembers, does Sunrunner have it right? If so what is your bet on the Wizard? Stupid, addicted or making a point?

Send message
I had money stolen by the U.S. government, too

I had taken some money out of Neteller, but not all of it. When the government went after those "evil terrorists" who founded Neteller, an efficient company that performed flawlessly in many thousands of transactions, my money was stolen along with thousands of other innocent victims.

I don't think Mr. Shackleford is stupid, addicted or making a point. I don't think I fit into any of those categories either. I think Sun Runner was using a bit of hyperbole to try to make his point. Unfortunately, it came out differently than he probably intended it.

Send message
In regards to who might be stupid.

> Sunrunner, is Shackleford stupid, addicted or making a point?

Maverick, was Shackleford stupid for penning his 'non-endorsement' of Golden Touch Blackjack that is still being used on their website to lure players into purchasing the GTB seminar?

Maverick, do you still beat your wife?

Come on man, I was born at night, just not last night.

First of all since I made the statement you quoted, many many other posts ran under the bridge concerning this subject that went on to better define my 'hyperbole' (thank you LVB for cutting me some slack on that.) If you care to dig out other posts of mine you'll find I understand that at least a semi-pro online player based in the US had a different decision tree than the majority who got caught up in the Netteller debacle. And Shackleford is certainly a professional, so, I suppose you can answer your own question for me.

I have since come to understand that you yourself might be one of those folks who's monthly nut is covered part in parcel by your online efforts and if so, if you took my general statements personally, I apologize.

So what. I won't change my take on this .. most should have seen it coming and been looking for a better out. I think reverman may also make a point .. maybe it was laziness. But the writing was all over the wall.

I lived through the giant oil field bust of the early eighties. The goose was hanging high, a bunch of people thought it would never end, many thought they were bullet proof. Then the first bank failed -no, not just closed, the US goverment closed and locked the doors. Then another. And it was over. Those that lost then had the very same grips being heard now, but, right or wrong, the writing had been on the wall.

The good news is, if there is any, that maybe lessons were learned. The oil men back in the day started praying hard then and the prayer went something like this .. "Dear Lord, please let there be another oil boom; I promise not to piss this one away." The ones that are still in the business today learned the lessons, they are doing quite well, and taking nothing for granted.

As to Radar's article, I read it, she makes some good points, she copied in a whole bunch of stuff from government pubs that are certainly useful/needed if you start down the foreign bank account road. (FYI, I filed over one hundred TDF 90-22.1 forms last June 30 which were spread over twenty different individuals or companies; I understand her post better than you might think.)

I'll still maintain that if your are a US citizen, living, working, and creating a life for yourself within the confines of the United States (I tried to make that broad enough to include you Maverick) wanting to play poker online, legal or not, you better have a fairly signifigant 'need' to go find a way to do it.

Ya'll never imagined they could get to Netteller. Radar's assumming they'll never get to the Royal Bank of Canada or to that long list of respectable off-shore outlets she mentions. She may be right. Before today, on-line advantage play didn't include the cost of getting into a fist fight with the US government. It does now.

Is Shackleford stupid? :) I bet he dosen't let another $20K or $30K get snatched .. for whatever reason.

I vote stupid. Anybody that left money in funding vehicles that were made illegal has no one to blame but themselves. Of course..they'll still blame everybody else.

Send message
I am reminded of Forrest Gump (nt)

In the post-UIGEA climate things have improved dramatically as the gambling operations chase the remainder of the market with juicy promotions. Leaving a sizeable Neteller balance could easily have allowed those players to capitalize while more timid individuals stalled.
Of course, things worked out differently. It was not that easy to foresee that however, anymore than it is easy to foresee who will tomorrow night's game. Probably those individuals who pulled out at the first sign of trouble were the same people who thought that web gambling was risky in 2001, and lost out on the best money-making opportunity for gamblers ever. Losing 20k to Neteller, if they do lose it, is a small price to pay for five years of making hay.

Btw The UIGEA does not have any legal force as yet. Nor in fact is it ever likely to.

Send message
I think I may be late for the dance

I am a bit worried of a shake out as well. I read at Snyders that the Fortune Lounge group is raising the old bonus abuse arguement to avoid payment. I suspect a knowledgeable player could apply the proper pressure through the watchdogs but still.... Fortune Lounge.

Might be a downturn in profits will cause greater scrutiny.

Send message
This is also my concern

There must be many internet casino companies teetering on the brink with the loss of US players. Not only casinos but payment services. How liquid will Neteller be once they have paid out US players as they have stated they will?