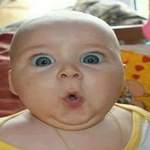 Why are you people not more concerned about casino cheating.....!!!

I would like to know if anyone else has ever seen it or suspected it...!!!

Send message
I played about 750 casinos

Been cheated ONLY about 15 times...
1. Most were small casinos at remote countries... Colombia, Prague, Korea(at Jeju Island and remote national park)... or underground casinos... Japan.
2. Preferencial shuffling once at 4 Queens.
3. Most could be identified by unusual movements and losing streak.
Be cautious when playing against unfamiliar and small casinos... don't play too big against casinos without much business... they don't have choice but cheat... and you deserve it.

..Not to say it doesn't happen, but casinos are self policing in regard to dealer cheating. As far as casino policy, would you risk this..

for even a million of these:

Send message
It can happen

I know for sure that I have been cheated on at least two occasions. The first time was about 40 years ago at a single deck game at the old Star Casino in Winnemucca, Nevada. (I think single deck was the only game dealt at this casino in those days.) The dealer was so clumsy that the second could have been spotted by anyone who happened to be watching the deck as he dealt. The first time I saw it I was amazed that anyone so clumsy would try it. The second time I saw it I raised hell, but the floor denied, took the deck from the dealer, queering the order of the cards in doing so. And this was on $5 wagers!

The second time was about 35 years ago at Binion's Horseshoe in downtown Las Vegas. As in the Winnemucca episode, the dealer was no Steve Forte. This time I said nothing as the Horseshoe was still into rough stuff in those days.

I realize these events occurred many years ago, but I don't think that is a reason to believe that it still does not happen. The casino does not have to be involved in the act. It can be a rogue dealer diverting money to a friend. If the cheat is good, you will never see it. But I do agree that you are probably safer at the larger stores.

A cheating dealer is much more likely to be a loose cannon working for himself than a mechanic told by the pit to teach a counter a lesson or to otherwise increase the house's hold percentage. The notion that the casinos are controlled by organized crime was once far from entirely fictitious. It still makes for great novels, movies, documentaries and likely even draws a not insignificant number of visitors to the casinos. That said, the casinos are controlled by corporations today. These corporations hire CPAs, MBAs and likely mathematicians who know that expected value at each table or machine and the high volume of play guarantee that the gaming operations will be profitable without cheating. I am not vouching for the morality of an industry (1) whose service or product is the illusion that the player can make money playing games that favor the house, (2) whose games are becoming more unfavorable because of increasing concentration of power in fewer companies and (3) that works against banning smoking at its tables and machines despite its knowledge of the health hazards of second-hand smoke to its employees. Forty years ago, corporations were in the early stage of replacing organized crime in control of casinos in Nevada. The Horseshoe remained involved with "rough stuff" long beyond 35 years ago.

Last cheating dealers I know of were in Biloxi casinos and all the casinos were in on it.

Send message
If you're interested in all forms of blsckjack cheating...

...A pair of books by Duston D. Marks "Cheating at Blackjack and Advantage Play" and "Cheating at Blackjack-Squared" are an excellent source of information. They also discuss cheating from the players' side of the table (Don't try it). I think they are out of print, but am sure you can get them used at Amazon. My copies are from the back room at the old Gamblers Book store and marked in pencil $6.00.

Send message
Be carefull outside of Paris

The French Mafia was involved in a big way with the management/ownership of the casinos several years ago.

I was advised that some of the games were not up to par.

This was told to me by a number of people including a policemen, at the time.

"Cheating at Blackjack and Advantage Play" by Duston D. Marks

Contact me � it is out-of-print � and you WON'T regret it.

� is that I was cheated only once (that I know of); and that was in the mid 80's at "John Ascuaga's Nugget" in Sparks, NV (adjacent to Reno)

Last cheating dealers I know of were in Biloxi casinos and all the casinos were in on it.

How long ago was this?