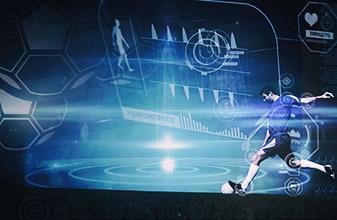 Prospective sports bettors should know the basic principles of sports betting. All other types of casino advantage players should have good working knowledge of Expected Value as well. You should not be betting online or anywhere else without fundamental knowledge.

Thus was the Las Vegas payoff for a two-team parlay probably created. 13:5 means each dollar wagered on a winning two-team parlay wins $2.60, which is four cents less than if the punter had bet a dollar on one game at 10:11, collected the winnings, and then parlayed those winnings and the original $11 right back as a bet on the second game at 10:11.

Suppose the $11 punter had specified three teams instead of just two. After the first two games won, the $40.09 payoff would have been used as a wager on the third team at 10:11. Had that third team also won, the bookie would owe the punter a total of $76.54, of which $65.54 would have been winnings. Betting $11 and winning $65.54 means the average dollar bet on three winning teams would have won $5.96.

Again this is an awkward number. It’s probably better for business to round off the 5.96. In the case of three-team parlays, the bookie rounded it in the customer’s favor, calling it 6:1.

Thus was the payoff for a three-team parlay created. 6:1 means each dollar wagered on a winning three-team parlay turns into $7, which is four cents more than if the punter had bet a dollar on one game at 10:11, collected the winnings, and then handed those winnings right back as a bet on the second game at 10:11, won on that game, and then repeated the process with a third game.

Parlays of Four or More Teams

On parlays of four or more teams, the vig usually is higher. Four-team parlays should pay 12:1, but some books pay only 10:1. That is, if a punter bets one game at a time, parlays his winnings, and keeps it up for four straight wins, he will have turned $1 into $13.28. Thus a four-team parlay payoff of 12.28:1 would be the same thing as parlaying a single bet on four wins at 10:11. Some sportsbooks do pay 12:1 on winning four-team parlays, but many do not.

On parlays off the board, a push removes a team from the parlay, reducing the number of teams in the parlay. For example, a tie result would convert a three-team parlay into a parlay involving the remaining two teams. A push in one game of a two-team parlay reduces the parlay to a straight bet.