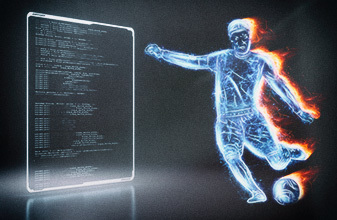 Let’s discuss some principles of sports betting. All sports bettors should be familiar with the information contained herein. You shouldn’t be betting online or in land-based casinos without this fundamental knowledge.

One fertile source of good bets, especially in the NFL, is player motivation. Linesmakers have reams of data on past performances, and for the most part they predict outcomes of future games by projecting past performances. If you can figure out the motivations of the players, you can zero in on games in which past performances are not good indicators of what is going to happen. Here are some examples.

Teams That Have Clinched

Here is an example that seems obvious, but has led to many good bets in the past and probably will find many good bets in years to come: Once a team has won enough games to clinch everything worth having (such as home-field advantage in playoff games), it no longer has as much incentive to win as it did when wins meant more. Thus betting against it might have positive expectation.

In NBA games, intensity overwhelms talent. If one can predict which team will be playing with more intensity, one can get an edge on bets on selected NBA games. This is particularly true during NBA playoff games.

Teams playing at home seem to play harder than visiting teams . If you can identify situations where the home team’s natural advantage is greater or smaller than normal, you can find some positive-expectation bets. You might, for example, look at home underdogs playing against teams that have already clinched everything worth clinching.

Strong teams involved in mismatches often do not play up to their potential. If the players see no reason to give an extra effort, they often won’t. They might say they are going to play their hardest, but they generally won’t.

Some huge favorites do win by huge margins. Many huge favorites win by such small margins that the dog covers the spread. Sometimes big dogs beat big favorites outright. If you can discern which big favorites will play up to their potential and win big, and which will play just hard enough to win but not cover the spread, you can find a great bet every once in a while, whether you’re betting in Las Vegas or elsewhere.