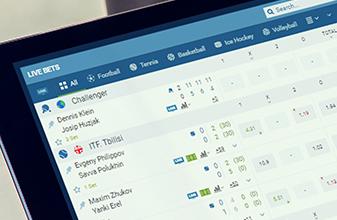 The business of sports betting is made up of calculations about market share, customer acquisition cost and lifetime (losing) customer value. The vulnerabilities of those people—losing customers—warrant a closer look in the United States at cautionary indications from Europe.

Obviously, the vast majority of sports bettors are losers. Sharps make up a small percentage of customers for the sportsbooks. Knowledgeable, adequately-funded bettors are not tolerated for long at most books. This article doesn't concern itself with the plight of the winning bettors whose biggest problem with the sportsbooks is having their bet sizes restricted and eventual barring from being able to bet. Rather, it looks at the predicament of the typical losing bettor.

Sports betting in Europe got a many-years head start on the U.S. It has expanded to the point that eight teams in England’s Premier (Soccer) League ow have a sportsbook logo displayed on their uniform shirts. But England, along with much of western Europe, has recognized that the profits sportsbooks are reaping and the taxes they pay come with heavy societal costs—the more betting, the more problem bettors, the more debt and, in many cases, despair.

In the U.S., New Jersey sports betting has produced a massive amount of wagering: $25 billion in the four years since it was legalized. The gambling industry’s television ad expenditures rose by 250% in one year, from $292 million in 2020 to $725 million in 2021, according to Nielsen. These advertising expenditures reflect the strong competition among sportsbooks trying to emerge as the dominant one.

The human toll is heartbreaking. A recent government hearing included a segment from HBO’s Real Sports entitled, “Show Me the Money.” The video included interviews with the mother and the girlfriend of a young man from England whose gambling debt drove him to commit suicide. It is, unfortunately, an all-too-common scenario, since out-of-control gambling’s suicide rate is reported to be the highest of any addiction.

Helplines that take calls from problem gamblers have seen a large increase in call volume since 2018. The sad stories that have emerged include that of an 81-year-old woman whose phone solitaire habit led her to begin gambling. She ended up depleting her $400,000 retirement fund and now has been forced to return to work. Another recent call came from a man who lost his son’s entire college fund through online sports betting.

Veteran politician Ralph Caputo, who endorses gambling as a source of revenue for the state of New Jersey, nevertheless has called the amount and content of advertising as “obscene.” He is not alone among New Jersey lawmakers in taking issue with gambling ads. A state senator said, “I’ve actually made complaints to the DGE about some of the TV advertisements that I believe have been too enticing. I saw one that had someone putting a new pool in their backyard from winning on slots or something. Stuff like that. I think some of these advertisements have gone a little too far in promoting the big dream, the big win. We have the regulatory power, we just have to use it.”

It’s hard to argue with the “obscene” label applied to the volume of gambling ads now regularly appearing. If the industry wants to avoid what’s happened in England, it will go further on its own. Although it may seem to be unrealistic, sports betting companies themselves may benefit by taking the lead in curtailing their marketing expenditures and the content of their ads.

Self-regulation is usually more moderate than that enforced by government agencies. Companies understandably have difficulty controlling their own intemperance when money is at stake, but either with self-imposed rules or those imposed through government regulation, lowering the excess of gambling advertising is in everyone’s best long-term interest.