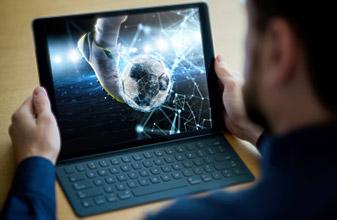 Let’s discuss sports betting. You should not be betting online or anywhere else without this fundamental knowledge.

The risk in their wagers is minimized or eliminated. Both are voracious line hunters. They are always looking for sportsbooks with weak lines or lines that differ from the rest of the market.

Both benefit if they can correctly anticipate line moves.

Scalpers and middlers need two different lines on the same event in order to gain positive EV. Thus they are always seeking places and ways to find these different numbers.

Line hunting gets them different numbers at different sportsbooks at the same time. Often the theoretical underpinnings behind a sports wager take a back seat to actually making the bet in the real world. Anyone would be happy to enter into a positive-EV scalp, but executing the scalp is the difficult part.

Anticipating line moves allows them to get different numbers (at the same or different sportsbook) at different times. If the line does not move as they anticipate, then they are left naked with just the original bet.

Even with all the similarities, there are still some differences between scalpers and middlers.

Middlers need to have a good understanding of the probability a game will land on certain numbers; scalpers do not.

Middlers have risk after the bets are made; scalpers do not.

Middlers usually put themselves in the position to win big, but lose small. Scalpers cannot win big; they win only small. But if they scalp perfectly, they cannot lose.

Example of betting the tough side first

The Dodgers are playing the Padres.

Positions after a scalp or middle

Closing a position: two bets with the same criteria

Scalps are usually thought of as two bets that are made almost simultaneously. But sometimes a scalper can wait to bet the second leg of the scalp. This may be due to the scalper anticipating the line will move. Or it can be due to scalping out an open wager like a future.

Example of a scalp with a game versus a future

Situation: After 161 games, the Dodgers are tied with the Padres for the NL West. The two teams play each other in the last game of the season. Whoever wins game 162 wins the NL West.

Second bet: Padres to win game 162 against the Dodgers Risk remaining: If the bet amounts are in correct proportions, the combined risk remaining is zero. The scalper has done one of the following three things: locked in a profit, locked in a loss, or locked in a push.

The initial bet and the second bet in this example are not always mirror images of each other. They are in this example because it is given that the two teams are tied for the division lead with one game to play.

A distributional spread combines two bets that are related but not mirror images of each other. The two bets have different winning criteria. While some results in the final score of the game or event will have one bet as a winner and the other as a loser, there may be certain distributions of scores where both bets win or both bets lose. The typical middle is a bet with a distributional spread.

A time spread involves two bets that partially overlap in game time. In a time spread, it is possible to win both bets, lose both bets, or win one and lose the other. This is not a middle but it is related.

Here is an example of a time spread.

Initial bet: Raiders +11 vs. Bengals in the game

Second bet: Bengals -6 in the first half vs. the Raiders

Scalping and middling can be profitable activities. The scalper needs the ability to bet the same event with different lines. The middler can use the same talent as well, but the middler also needs to understand the probability distribution of games landing on certain numbers. In the modern age, scalping is difficult because books have easy access to information about the offerings of competitors.