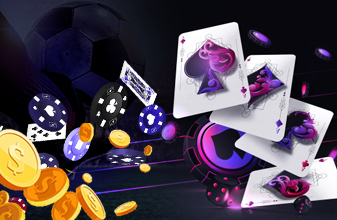 Let’s discuss basic principles of sports betting. All sports bettors should know the information below. All other types of casino advantage players, including blackjack players of all skill sets, which includes card counters, should have good working knowledge of Expected Value as well. You should not be betting online or anywhere else without this fundamental knowledge.

Let’s first look at the case where there is no correlation between the events in the parlay. Here is an example of a two-team parlay with zero correlation.

The probability of that is:

Most two-team parlays pay 13 to 5 or +260. A parlay with two events that both have a 50% chance of covering the point spread and no correlation between the two events is not an attractive bet. If the two events are correlated, then the percentages will change depending on the degree of correlation. For example, let’s say that the chances of Event A winning is perfectly correlated to the chances of Event B winning. This means that whenever Event A wins, Event B also wins and vice versa. Essentially, Event A and Event B are the same event.

With perfectly correlated events in the parlay, the typical payoff odds of +260 now look profitable. But this is an extreme example. Even when two events are correlated, rarely is the correlation this strong.

Let’s throw in a third event (Event C) that also has a 50% chance of covering the point spread and make it a three-team parlay. Let’s also assume there is no correlation between any of the three teams.

For money line parlays, sportsbooks use odds off the board instead of a set payout schedule. The vig in the parlay comes from the vig in the individual money lines.

A teaser is a parlay bet in which each team is given a set number of additional points. The payout odds on teasers are significantly lower than the payout odds on parlays due to the additional points. To figure out the expected winning percentage of a teaser, you must know the expected winning percentage of each individual event as well as whether the events are correlated. The same exercise can be done for teasers as they were done previously for parlays.

Here is an example of a two-team six point teaser.

Six points are added to the point spreads of each teams; both teams must cover the enhanced point spreads. Rules differ on what happens if any teams tie. Usually in teasers with more than two-teams, if one team ties, then the teaser is changed to a teaser with one fewer team, so a three-team teaser with a tie becomes a two-team teaser.