Hedges with positive or zero EV 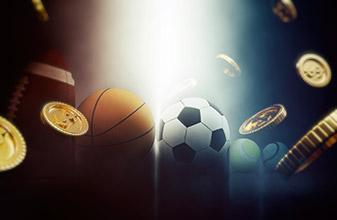 Bettors need to know the basic principles of sports betting. All other types of casino advantage players, including blackjack players of all skill sets, which includes card counters, should have good working knowledge of Expected Value as well. You should not be betting online or anywhere else without this fundamental knowledge.

When the hedge has positive or zero EV

A hedge that has positive or zero EV is a great bet. Not only does it reduce your risk, but you are not paying to reduce the risk. Often the evaluation of the EV is subjective, so you must be able to trust your own EV calculations to determine if the hedge is actually a positive or zero EV wager. Don’t fall into the trap of convincing yourself that a bet is positive EV in order to justify hedging.

The hedge was pre-planned

It is possible to make a wager with a possible hedge in mind for the future. Usually these are long-shot wagers like futures and multiple-team parlays.

Pre-planning a hedge allows you to make a bigger initial wager because you know that you have the opportunity to hedge later on, and thus your true risk is smaller than the size of your initial wager. Without the pre-planned hedge, you may not bet as large, and thus forgo positive EV. With the pre-planned hedge, you can gain more positive EV on the original wager even after discounting for the possible negative-EV hedge later on.

Here is an example of a pre-planned hedge. The player has calculated that the true odds for the New Orleans Saints to win the NFC South are 9-1 or 10%. One sportsbook is offering odds of 24-1. This is a great bet. How much should the player bet?

The player thinks about it and decides that if it came down to the final couple of weeks in the season and the Saints still have a chance to win the division, he will have tremendous risk. The player realizes he would be willing to sweat out a possible $2500 swing, but no more than that. Thus if he could not hedge, his risk appetite would allow him to bet only $100 on the Saints at 24-1, a ticket that would turn into either $0 or $2500.

But he decides he will pre-plan to hedge against the Saints in the last couple weeks of the season if they are still in the race for the division at that time, to stay within his $2500 comfort level. This pre-planned hedge allows him to bet the sportsbook’s maximum of $300. It increases the positive EV and increases the risk. But the player knows that if the Saints are still in the race, he will have a chance to hedge in the last couple of weeks. The expected cost of the hedge is dwarfed by the positive EV in the original wager.

Now fast-forward to the last few games of the regular season. If the Saints are still in the running, the bettor is holding a ticket that soon will be worth $7500 or $0, and he’d like to reduce the swing to $2500. An easy way to do that is with a money-line wager. To demonstrate the possible cost of the pre-planned hedge, let’s assume that in order to win the division, the Saints must win their last game of the year at pick ‘em. The player can hedge by betting $2640 to win $2400 on the Saints to lose. That would give a combined win of $4860 or $2400, a swing he can stomach. The hedge has a negative EV of $120.