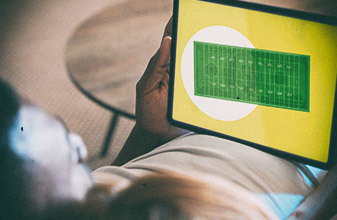 Two California cardroom operators are going back to court to try to prevent a statewide ballot initiative that would legalize sports betting at tribal casinos from reaching the November 2022 California ballot.

With the California Sports Wagering Regulation and Unlawful Gambling Enforcement Act set to appear on the ballot, two cardrooms – Hollywood Park Casino and Parkwest Casino – filed a lawsuit in Los Angeles County Superior Court aimed to prevent the initiative from going to the voters.

“In violation of this clear constitutional command, the California Indian Gaming Tribes have crafted this Initiative, which unites three distinct and disparate subjects. The vast majority of the Initiative concerns sports wagering, including its legalization, regulation, and taxation,” attorneys wrote in the legal complaint. “However, this measure conceals two additional measures completely unrelated to sports wagering, both of which are designed for the Gaming Tribes’ sole benefit and both of which Californians and their public officials have rejected in the past.”

In addition to the legalization of sports betting, the other two subjects are the elimination of California’s ban on Las Vegas-style casino games other than blackjack, and the enactment of a private-enforcement provision for criminal violations of gambling laws.

“The Gaming Tribes have repeatedly tried and failed to obtain these casino-gambling and private-enforcement rights through every available policy lever in government – from ballot initiatives, to state and federal lawsuits, to administrative rulemaking and enforcement processes,” the lawsuit continues.

Under current law, Indian tribes in California are allowed to offer slot machines, lottery-type games and banked card games without having access to other casino games.

On the other hand, cardrooms operate “player-dealer” games like poker, and do not act as the bank, instead having players rotate as the bank.

Opponents of the initiative say it would give tribal casinos the capability of putting cardrooms out of business. Cities opposed to the measure claim it puts at risk more than 32,000 jobs, $1.6 billion in wages, and $5.5 billion in total economic impact.

“During the pandemic, California cities that depend on the revenues generated through legal gaming at cardrooms have seen the devastating impacts cardroom closures have had on municipal budgets and the vital services they fund,” said Leonard Mendoza, mayor of the City of Commerce, located in Los Angeles County. “Hundreds of millions of dollars in local revenues are on the line, money needed to invest in the safety and well-being of our residents.”

A concern of cardrooms is the private-enforcement section, which allows individuals – not just the government – to sue cardroom owners over alleged violations of criminal gambling laws for civil penalties up to $10,000 per violation. However, many casino experts, including most advantage players, see this as a benefit under the initiative, citing the overall poor record of most states’ regulators in pursuing legal claims against casino employee malfeasance and other casino abuses of patrons.

A group of tribal casinos formed the Coalition for Responsible Gaming, which stated:

“Cardrooms have one of the worst if not worst records of noncompliance in the United States with gambling laws, including those designed to guard against crimes like money laundering. That’s why they’ve been fined millions of dollars in recent years for violations like misleading regulators.

“Our measure simply ensures existing laws preventing illegal gambling are being followed. Cardrooms following the law have nothing to worry about. Our measure will not shut down a single cardroom casino that’s operating legitimately. The only cardroom casinos at risk of legal enforcement are those that repeatedly violate California gaming laws.”