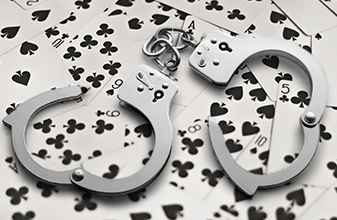 Victim/plaintiff Justin Mills reached a settlement in his federal lawsuit against Maryland Live! Casino and Anne Arundel County, Maryland police officers Douglas Bilter and Kyle Shapelow, who were complicit in the false imprisonment of Mr. Mills in an attempt to illegally force him to provide identification to the casino. Maryland Live!security supervisor Christopher Coulter also was involved in the false imprisonment, but it is unclear if Coulter was included among the defendants who paid to settle the case.

Mr. Mills earlier won a Summary Judgment on the issue of false imprisonment, with the amount of damages to be determined by the jury, now unnecessary because of the settlement. The terms of the settlement are confidential, but are believed to be very favorable to Mr. Mills.

Some relevant documents from the court file: