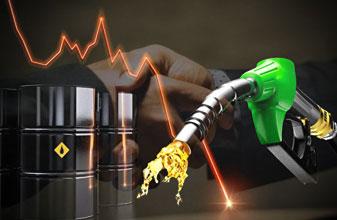 As a result of an agreement essentially between Indian tribes reached with a distributor controlled by the Yakama Indian Nation, gas prices at two stations on the Tulalip Reservation in the State of Washington dropped to $2.999 per gallon on Thursday, one-tenth of one cent under $3.00.

The tribe operates two casinos near Marysville -- the Tulalip Resort Casino and the Quil Ceda Creek Casino, which are just a few minutes apart. Both offer mediocre, though playable, blackjack for low-to-moderate-stakes advantage players. Their low table maximums keep away high-stakes players, which suits the tribe.

On a Thursday afternoon, the Tulalip Market gas station at 2832 116th St. NE in Tulalip, which is close to the Quil Ceda Village shopping mall owned by the tribe, was busy. No pump was left unattended for more than a few seconds before a different car arrived. The changeover to a new, less expensive fuel was announced by an electronic sign on a nearby street corner. The discounted prices were also present at the tribes' other petrol station, located at 3110 Marine Drive.

According to Martin Napeahi, general manager of Quil Ceda Village, the significant price reduction is the result of the Tulalip Tribes' recent transfer from its old Chevron distributor to Cougar Den, a fuel distribution business operated by the Yakama Nation.

According to Napeahi, state gas taxes are not applicable to the sale of fuel between Indigenous tribes. In 2019, the U.S. Supreme Court found that a Washington state statute asserting the authority to tax petroleum purchased by a tribal company for sale to tribal members was prohibited by the Yakama Nation Treaty of 1855. As a result, the tribes may pass these savings through to customers, according to Napeahi.

“With the holiday season coming up, and with us heading to a recession if not already in one, we wanted to provide a bit of relief at the pump if we can,” Napeahi said.

According to price-tracking website GasBuddy, Tulalip had the most affordable pricing in the Everett region as of Friday. Typical prices ranged from $3.80 to $4.20, with the lowest in the city being shared by the Everett Costco and an independent station on West Casino Road at $3.69 per gallon. In Skagit County, Anacortes' $2.70 gas looks to be the only real rival.

Due to the tribes' tax agreement with the state, gas rates on the Tulalip Reservation are already normally lower than those of other alternatives in the region. The tribes maintain the 49-cent per gallon state gas tax, allowing them greater pricing flexibility. According to Napeahi, the tax money will be used for infrastructure and road upkeep.

Napeahi claimed that one purpose of the sharp price cuts was to boost gas sales and generate tax revenue for those services. He claimed that in the age of inflation, tribal expenses have soared just like everyone else's. Therefore, tribal leaders want to generate some additional income while also assisting others in making some savings.

“Of course we want to be competitive, but our intention here isn’t to start a price war,” Napeahi said. “We want to help cut down on some of the stress of everyday living where we can.”