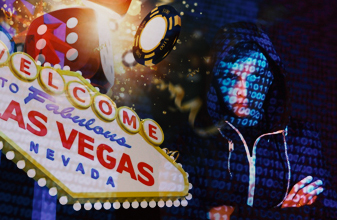 Clark County Sheriff Joe Lombardo admitted that the recent rash of violence on the Las Vegas Strip is a significant problem that could hurt tourism, but he said he is “100 percent confident” police will be able to resolve it.

“If we ignored it, it would really be a big problem,” Lombardo said in an interview. “But, we haven’t ignored it, and we’ve allocated a significant amount of resources to address it.”

The Strip has long faced a problem with late-night crimes, mostly among local gang members, other local criminals, and criminals visiting from southern California, including the infamous “pimp wars” of the early 2010’s, which culminated in a murder in which two innocent bystanders were killed, a tourist and a taxicab driver.

Long-time patron advocate Al Rogers of BJ21.com stated, ”Several card counters and other types of advantage players have told me they don’t feel safe on the Strip late at night anymore.” He said that some compared its deterioration to downtown Reno, which was mostly considered safe a decade ago, but is almost-universally no longer considered safe at night.

Lombardo said the Metropolitan Police Department is beefing up patrols by roughly 20 percent during late-night hours on the Strip from Thursday through Saturday nights in an enforcement operation known as Persistent Pressure.

“A big part of policing is that omnipresence,” the sheriff said. “It is not necessarily affecting arrests and being overbearing. It is just the presence of a police officer that creates deterrence.”

Police are conducting more vehicle stops for infractions in the area of the Strip with the help of the Nevada Highway Patrol. Police also have increased the presence of undercover officers with the assistance of the Department of Homeland Security, Lombardo said, “to be observers of things an officer in a uniform may not be privy to because of their uniform.”

“On a regular basis, especially during the bewitching hours of late Friday nights and Saturday nights, we bring a lot of resources throughout the Police Department to bear within that Strip corridor,” the sheriff said. “So we have an omnipresence, police officers in uniforms, spread out through the corridor, so we can have quick response if we do observe anything and be proactive.”

Lombardo went on to say that the primary problem on the Strip is an increase in aggravated assaults with an emphasis on gun violence. Aggravated assaults in the convention center area command, which includes the Strip, are up 29 percent in 2020 compared with the year prior through mid-September.

Police carried out a program called Operation Top Gun, which took dozens of guns off people on the Strip in a 30-day period ending in September. Lombardo said 55 percent of arrests made by Las Vegas police on the Strip during those enforcement efforts involved people from out of state.

He said the increase in assaults is attributable at least in part to lingering frustrations over COVID-19 shutdowns and resulting spikes in unemployment throughout society. As Las Vegas gaming properties reopened — many with lower hotel room rates accompanied by cheap airfare — some visitors brought their pandemic-fueled anxieties and disappointments with them, and at times their behaviors boiled over.

“The entire United States doesn’t have the same feel that we are used to,” Lombardo said. “This pandemic has really changed the dynamics of what every jurisdiction is dealing with. In particular with Las Vegas and our close neighbor, California.”

But why would people engage in crime on the Strip, where police and gaming property cameras document nearly everything?

“Cameras are not good deterrence for gun violence,” one expert said. “All the camera does is get a good picture of the guy shooting the other person. When the violence level is high, when someone wants to kill another person, they are not going to look around real quick and say, ‘Oh, is there a camera? Should I shoot them here, or should I wait another half-hour? Should I go around the corner?’ When the stress and the violence level is high, cameras don’t deter.”

Lombardo said police are working closely with gaming properties, some of which announced they will be using metal detectors for increased security. He believes the violence on the Strip and resulting media coverage have created a false perception that violent crime is rising dramatically on the Strip as compared with the rest of the Las Vegas Valley.

“If you look at the total number of violent crime in the last 30 days across the valley as compared to the Strip, there is only a 1 percent (difference) there,” Lombardo said. “The Strip has experienced 1 percent more in numbers as far as violent crime as far as the rest of the valley.”