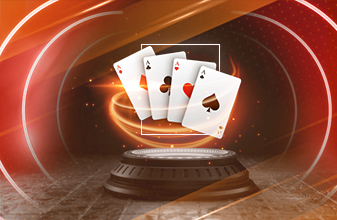 Though many, if not most, blackjack players, whether they be card counters or other types of advantage players, dislike casinos because of routine mistreatment and patron abuse, there is near-universal agreement that those entities must remain strong and financially viable for the patrons to be able to ply their trade.

MGM Resorts International has confirmed that 1,100 workers at MGM Detroit are facing layoffs, while Wynn Resorts said 385 of its 1,300 already-furloughed employees would be let go at Encore Boston Harbor.

The layoffs are indicative of a broader problem identified in an analysis issued Monday by the American Hotel & Lodging Association that shows the U.S. hotel industry appears to be at risk of financial collapse.

The MGM layoffs in Detroit were expected as part of the company’s announcement that 18,000 furloughed MGM employees — about a quarter of the company’s pre-pandemic workforce — would be laid off. MGM wouldn’t say how many of those workers are in Nevada, nor would it offer a state-by-state breakdown of layoffs.

The situation is similar at Encore Boston Harbor in Everett, Massachusetts. “With continued efforts from the state to minimize the spread of COVID-19, Encore Boston Harbor continues to operate with a significantly reduced capacity in all parts of our resort,” an emailed statement from a Wynn spokesman said.

“As we take a look at our business during these extraordinary conditions, we do not believe that all Encore Boston Harbor jobs will return in 2020,” the spokesman said. “As a result, we are making the difficult decision to move forward with transitioning some positions currently on furlough to lay-off status, effective Sept. 1.”

The American Hotel & Lodging Association indicated the layoffs in Detroit and Boston aren’t surprising considering the organization's report that forty percent of hotel employees laid off since February are still not working.

When the MGM layoffs were confirmed, several analysts indicated it was understandable why companies could not bring back every employee, increasing labor costs at a time when health and safety restrictions during the pandemic would not allow them to make every amenity available. Bars, spas, nightclubs and other entertainment affiliated with resorts, as well as convention facilities, have been shuttered for all or part of the current shutdown. “You can’t have everyone working when you don’t have the (business) volume to support it,” said a Las Vegas hotel analyst.

How all this will affect advantage players in the long run remains to be seen, but undoubtedly there is considerable trepidation among professional players.

EhudFelleman
August 20, 2022 1:54 pm
In addition to being out of touch with the pandemic, online casinos have some other advantages over land-based casinos. Hospitality and friendliness in an online casino are much better, and you are unlikely to encounter poor communication with yourself or other players. Also, it is not easy to access your favorite game in a land-based casino, especially a large one. You will have access to various games, including table games and various slot machines. In addition, you will have to visit the various departments and areas of the casino to find the game you want to play. With online casinos like those offered at https://www.casinoslotsmoney.com/, it is much easier to access the desired game. You may only need to enter the game's name or scroll down the list to select the desired game.