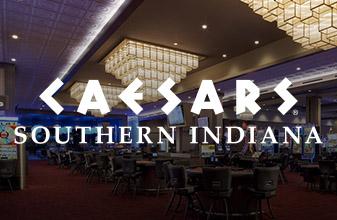 According to tribal officials, the Caesars Southern Indiana (CSI) Casino, which was officially acquired by the Eastern Band of Cherokee Indians (EBCI) in September 2021, is already beating expectations.

Cory Blankenship, Secretary of Treasury for EBCI, provided an analysis of the property's current location and what it means for the Tribe one year from now. The total cost of buying CSI was $280 million. Management is under Tribal control, though the Caesars name is still associated with the company. According to initial projections, CSI would bring around $2 million in revenue back to the EBCI after the first year.

The actual amount of profits returned to the Tribe was above $4 million, which was 116 percent more than anticipated. The existing contract is set up so that only 25% of CSI income is transferred directly to the EBCI. The remaining 75% goes to EBCI Holdings, the business the Tribe created in December 2020.

Advantage players have expressed amazement that with this much profit flowing to the Tribe, the blackjack games at the casino are of such poor quality, as reported in Current Blackjack News. Rebecca, a traveling card counter who did not want her last name used, is an occasional visitor to CSI. She commented, “They offer such bad deck penetration at the games, you'd think they need to sweat every penny. Clearly, they don’t need to -- they’re making plenty of money.”

EBCI Holdings received about $12.3 million in the fiscal year 2022. This framework was created in response to requests from the Indiana Gaming Commission (IGC). According to Blankenship, liability is the main factor behind holding such a significant amount. This was the EBCI's first entry into the commercial gaming industry, and EBCI Holdings was created specifically for this project. He explained that the IGC intended to play the collaboration carefully and that it will assist in creating the groundwork as the Tribe looks into more prospects for commercial gaming. He claimed that after a successful year, the Board is more confident about approaching IGC to renegotiate that share. Achieving a 50/50 allocation is a good goal, according to Blankenship, that would significantly boost distributions to tribal operations while also sustaining EBCI Holdings' expansion. However, the IGC would need to approve of this.

The Tribe's status as a privately owned corporation makes them something unique to Indiana. According to Blankenship, having EBCI Holdings manage the negotiations rather than Tribal leadership is a sensible strategy. He explained that they needed to look at the expense and waiting period involved in obtaining state gaming licenses for board members. In addition to a 50-page application, the entire procedure took him more than 400 pages to complete and submit.

The EBCI's entry into the commercial gaming market with CSI was their first, but it won't be their last. The Tribe has already started construction on two additional projects this year. The first occurred in August when a collaboration with Caesars for a $650 million casino in Virginia was agreed upon.

The management of the CSI investment distinguishes it from Virginia. At CSI, EBCI Holdings has a direct say in choices; this won't be the case at Caesars Virginia.

Compared to Harrah's Cherokee Casino Resort in Cherokee, NC and Harrah's Valley River Casino in Murphy, NC, each of these casinos are very different. The most visible distinction between commercial and Indian gaming, in addition to the transaction structure, is profit margins.

Dividing the money into thirds is a normal approach to examine a commercial gaming organization. The state receives one third, the casino's operational expenses consume another third, and the remaining third is profit. A large portion of the profit will be put toward capital expenditures and debt repayment. That final profit in the case of CSI is then divided 75/25.

While revenues aren't as great right away as in tribal gaming, according to Blankenship, it's still a wise investment, in that it enables the Tribe to diversify its earnings, grow its brand across the nation, and increase its brand.

In September, the Indiana Gaming Commission released its annual report for the 2022 fiscal year. It reveals that Caesars Southern Indiana earned over $244 million in gross winnings. The state of Indiana received $71.2 million of this as tax. In terms of overall revenue, this places CSI fifth in the state. You may see these numbers at https://www.in.gov/igc, along with monthly reports from each of Indiana's commercial casino businesses.

There have already been some capital investments, but Blankenship predicted more.

$5 million was needed to open the Gordon Ramsay Steakhouse. They anticipate that the 6,000 square foot restaurant will draw in more customers and increase income.

The cornerstone of EBCI Holdings, which Blankenship stated is already far ahead of schedule, is Caesars Southern Indiana Casino. The objective is to keep developing a source of income that will support EBCI Holdings and make the EBCI a significant force in the commercial gaming industry. As the EBCI searches nationwide for other funding sources, CSI will continue to expand.