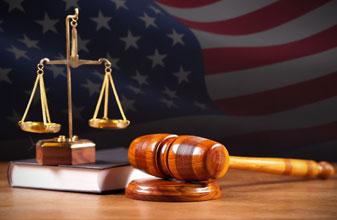 Legislation from 2020 that restricts sports betting to just tribal territories in the State of Washington is being challenged by Maverick Gaming, which has 19 card rooms in Washington and casinos in Nevada and Colorado. The lawsuit filed in U.S. District Court asserts that the statute resulted in a discriminatory tribal gaming monopoly.

But it goes a step farther, contending that racial discrimination is in gaming agreements between Washington State and tribes, a violation of the Constitution. The argument criticizes centuries of American law that props up the concept of tribal governments' political parity with their state and federal counterparts as well as the fundamental sovereignty of tribal “nations” to govern themselves.

Maverick Gaming, LLC v. United States, et al. and related cases, according to advocates and legal experts, pose a threat to a return to the Termination Era practices of the 1950s, when the U.S. government sought to permanently destroy the political status of Indigenous tribes.

The most well-known of the cases is on Native American families' right to priority over non-Native families in the adoption placements of Native children. It was debated before the U.S. Supreme Court in November 2022, but a decision has not yet been made.

In Brackeen v. Haaland, the plaintiffs argue that the preference is driven by race rather than the political independence of tribal countries, much like in the Maverick case. A decision in their favor might profoundly alter how the American government views tribal “nations” and cast into doubt any treaties or other agreements that have been made between sovereign nations.

Many advantage players would welcome such an event. Having seen tribes essentially hide behind their sovereignty to avoid legal repercussions for their widespread abuse of patrons, the players would welcome a level playing field for all casino operators, subject to meaningful regulation that is almost entirely lacking under the present Indian Gaming Regulatory Act.

Long-time Las Vegas-area based advantage player “LV Bear,” who does not want his real name used for fear of repercussions against him for speaking out, has written on the subject for at least 15 years. Bear recently commented, “The folly of tribal sovereignty has been debated for decades. It is long past time to get rid of the failed idea. The country has spent untold billions trying to help the Indians, yet most reservations are still drug and alcohol-ridden, dangerous, poverty-stricken slums. The handouts and special privileges, including casino operation, given to the Indians disincentivizes them to work or to assimilate into mainstream society. I hope the U.S. Supreme Court puts a thoughtful end to this misguided system that has been such a miserable failure."

The two lawsuits are similar in that they both contend that the Equal Protection Clause of the Fourteenth Amendment is violated by federal statutes outlining the obligations of the United States government to Indigenous peoples, such as the Indian Child Welfare Act and the Indian Gaming Regulatory Act. The plaintiffs in the cases contend that these restrictions discriminate racially against non-Indigenous persons.

Many legal scholars believe that the Constitution specifies the political standing of tribal nations, and hundreds of years of case law have seemed to support this position. Due to the political, cultural, and military power of Native Americans in the early days of the United States, the U.S. government was forced to engage with them and, in almost 400 instances, sign treaties with them.

The accusations stated in the Maverick and Brackeen lawsuits are the same ones that organizations attempting to abolish tribal sovereignty have been making for years.

The Citizens Equal Rights Alliance is one such organization that opposes tribal sovereignty on the grounds that the federal laws enshrining it discriminate against anyone who isn't a member of one of the 574 legally recognized Native American tribes in the United States.

The federal government cannot encourage tribal sovereignty without discriminating against the rest of the people, said Lana Marcussen, CERA's attorney for at least 25 years.

The federal government implemented policies during the Termination Era, which began in the 1950s, based on a philosophy that was similar to that of CERA and Marcussen: Indigenous people should give up their Indigenous identities and assimilate into American society, and the rights negotiated in treaties and enshrined in federal laws were standing in the way of this.

Congress swiftly passed 46 bills that put an end to 109 tribes around the country, including 62 in Oregon, the most of any state. The United States government's duties to terminated tribes, including the services promised in treaties in exchange for territory, were canceled unilaterally upon termination, dissolving tribal membership. The government was able to annex millions of acres of mineral and timber-rich tribal territories through termination regulations.

All three branches of the U.S. government inexplicably denounced termination policy in the 1960s and '70s, forcing proponents to the political fringes. Termination was not enforced by two presidents of opposing parties, treaty rights were upheld by the courts, and in 1975 Congress replaced it with the present federal tribal policy known as self-determination.

Indigenous leaders and activists lobbied Congress to enact new legislation protecting indigenous rights, such as the American Indian Religious Freedom Act, the Indian Child Welfare Act, and the Indian Healthcare Improvement Act. After decades of effort, some terminated tribes eventually succeeded in regaining federal recognition of their sovereignty, though typically not their territory.

The same legal team represents Chad and Jennifer Brackeen as well as Maverick Gaming. The Brackeens are contesting ICWA, a legislation passed in 1978 mandating that caseworkers give preference to Indigenous families when placing children in foster care or through adoption who are members of federally recognized tribes.

However, some commercial adoption agencies contend that the law provides precedence to Indigenous people as a racial group, contravening the equal protection provision of the Constitution's Fourteenth Amendment.

The Brackeen case receives unusually strong attention for a child welfare dispute that first surfaced in a small Texas family court. Ken Paxton, Texas's attorney general, entered the dispute on the couple's side.

The Brackeens' case was taken on a pro bono basis by Matthew McGill of the prestigious firm Gibson, Dunn & Crutcher, who represented Citizens United in the 2010 Supreme Court argument. In November, he presented their case before the US Supreme Court.

Prior to the Supreme Court's 2018 decision in Murphy v. National Collegiate Athletic Association permitting states to authorize sports betting, McGill argued a case before the court. The company includes some well-known international casino operators among its clients. A bill authorizing sports betting solely under Washington's tribal-state gaming compacts was enacted by Gov. Jay Inslee two years after McGill won the sports betting case, setting the ground for the Maverick litigation.

On the surface, the Maverick case appears to be related to the legal actions about gambling and betting. However, the legal defenses are similar to those in the adoption case of Brackeen. According to some attorneys, the decisions in both cases could reduce tribes to "merely private organizations of persons with a common racial background."

A change in gaming could ruin tribes

Only the state lottery, tribal gaming, charitable and nonprofit gaming, and, in much smaller quantities, gambling to help bars make money were permitted by the Washington State Legislature. But a large number of for-profit, non-tribal card rooms have broadened the category.

In 2018, Maverick bought approximately half the card rooms in the state, adding to the casinos and card rooms it already held in Nevada and Colorado.

Eric Persson, the CEO of Maverick, started the push right away to make private clubs across the state legal for sports betting. In order to get a bill passed by the Washington State Legislature that would permit sports betting in his clubs, Maverick sent millions of dollars into a political action group and lobbied lawmakers on its behalf.

Washington's lawmakers legalized gambling in part to pay for necessary government services. Tribal gambling generates revenue that tribes utilize to provide services for their members, including education, healthcare, access to the environment, and mental health. This is similar to how the state lottery generates funds for education.

Because of the jobs that casinos generate and the government services they fund, poverty rates in reservation towns in Washington have decreased thirty years after the state's first tribal casino opened. However, according to a recent analysis by the gaming organization, the average yearly income of tribe members who reside on reservations in the state of Washington is still only $18,600.