Nevada Gaming Commission and Gaming Control Board -- Over a decade later, nothing has changed. 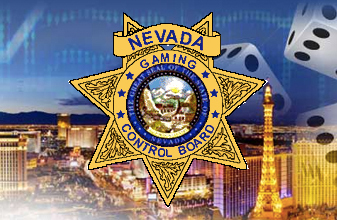 Over a decade ago, I wrote:

'The Nevada Gaming Control Board  (and Nevada Gaming Commission) is little more than a training ground for future casino employees. … The present Gaming Control Board is an out-of-control, corrupt government agency operating in virtual secrecy. Legislation is needed to force it to open its files and records to the sunshine of public scrutiny. If after public examination of its practices, it is determined to unsalvageable, it should be disbanded, its employees fired from the public payroll.'

Sadly, the above remains unchanged. In fact, the Board and the Nevada Gaming Commission may even be emboldened by repeated success in extinguishing all citizen attempts to bring the disinfectant of sunshine down on their unethical operations, hand-in-hand with the casinos they are supposed to be regulating. Court rulings continue to uphold the dubious premise of these agencies’ ability to operate in almost total secrecy, effectively hiding from the public’s eyes. Who is the beneficiary of this secrecy?  The casinos as well as the Board and the Commission, of course.

In a case decided in 2013 (Eighth Judicial District case number A-12-671998-W), my friend Mike Shackleford, better known as the Wizard of Odds, brought a lawsuit to try to force the agencies to disclose some already-compiled information on slot percentages.  The Commission, using taxpayer-fed attorneys, as usual went to great lengths to avoid having to answer to the public.  While in my layman’s opinion, the ruling by District Judge Mark Denton was reasonable as to the law, it was shameful nonetheless. The Wizard wasn't asking for anything that could honestly be described as a trade secret of any casino; it was general statistical information.

Nevada casinos’ best friends continue to be the Nevada Gaming Control Board and the Nevada Gaming Commission. These almost-useless, corrupt agencies have fooled most casino patrons into believing they are there to protect the public; in fact, nothing could be further from the truth. They exist for the protection of Nevada’s most valuable cash cow, the casino industry.