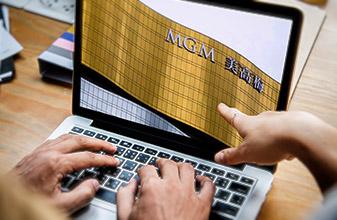 Questions are being raised regarding the function of unregistered auditors in the Chinese gaming hub of Macau, where several United States-listed casino businesses operate, in light of a recent agreement between Washington and Beijing allowing American accounting regulators to inspect audits conducted in China.

Due to the fact that their customers frequently have a global presence, auditors frequently put together a team of multiple outside auditors, who are typically individual accountants or accounting companies. According to U.S. audit regulations, every audit company that completes at least 20% of the audit work based on hours or fees must register with the audit watchdog, the Public Company Accounting Oversight Board. Unregistered contributions, however, cannot be penalized by the PCAOB.

For U.S.-listed firms, lead auditors—often the U.S. entities of the Big Four—must oversee contributing auditors and take ownership of their work. Currently, an audit firm is not required to mention whether it subcontracted work or what percentage of the work was performed by another auditor in its annual audit opinion, which is included with a company's financial statements.

According to Jeff Mahoney, general counsel at the Council of Institutional Investors, which represents pension funds and other significant money managers, investors want more information about the total exposure of publicly traded companies to uninspected audit work by unregistered contributors, including data showing uninspected work as a percentage of audit hours and companies' assets and revenues.

Lead auditors are required to include the firm's name and the percentage of the total audit hours it contributed in a PCAOB file. The majority of investors are unaware of the contribution of outside auditors, even though it is listed on the PCAOB website, according to Jack Ciesielski, owner of R.G. Associates Inc., an investment research business and portfolio manager. According to him, such revelation in the annual report can make investors less trusting or make them vote against reaffirming a company's auditor for another year.

In December 2021, the PCAOB published a report stating that it cannot thoroughly inspect or investigate registered audit firms with headquarters in mainland China or Hong Kong in order to comply with the Holding Foreign Companies Accountable Act. It specifically included Macau in its statement and said that neither Macau nor Hong Kong are part of mainland China and that no audit companies operating in Macau have been registered with the PCAOB.

Then, in August 2022, the United States and China inked a historic deal granting U.S. audit inspectors full access to the audit working documents of Chinese companies listed on American stock exchanges. On the basis of national security, China had previously barred U.S. authorities from routine access to such documents.

By year's end, the PCAOB, which started inspecting audits conducted in China in September, will determine if China is abiding by the agreement. The accord might stop 200 Chinese companies from being delisted from American stock markets in the first quarter of 2024.

Numerous casino companies with U.S. stock exchange listings have significant operations in Macau, and entities established there conduct some of their audits. Las Vegas Sands Corp., MGM Resorts International, and Wynn Resorts Ltd. are all audited by Deloitte & Touche LLP and Ernst & Young LLP, respectively, with assistance from their respective Macau-based units, according to records. The CFO Journal is sponsored by Deloitte. The audits are approved by the lead auditor, in this case the U.S. entities.

A sizable portion of the revenue for the three casino businesses, which have a combined market value of almost $55 billion, comes from Macau. The work of the Macau firms is not exempt from PCAOB scrutiny. According to the PCAOB, it typically gets access to all information that the lead auditor retained during the inspection process. For instance, the work of a Macau-based firm that completed less than 20% of the work on an audit that was conducted by a company based in China or the United States would be subject to inspection by the PCAOB.

The PCAOB can and has sanctioned the lead company for breaking these standards if a primary auditor transgresses them and permits an unregistered business to do significant audit work. For instance, the PCAOB fined the South Africa division of KPMG for using and reporting an unregistered audit business improperly.