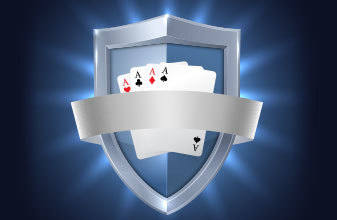 Question: If pulled over by police while carrying my traveling bankroll (“BR”) and asked, “Do you have a large amount of cash?" Should I have said "No" as I had planned? Or what?

You are not lying. “A large amount of cash” is in the eye of the beholder. In the grand scheme of things, $30,000 (or fill in the blank) is no big deal, right? The officer essentially is asking an opinion question. Give him your opinion. Unless you wish to donate a substantial sum to some "drug money" fund, spend thousands on an attorney and submit to an unspeakable hassle, just say “No.”

They usually phrase the question exactly as stated above. Normally, they do not mention a specific amount that would trigger a request to inspect the cash. If they do, it will be $5,000 or $10,000. They do this to avoid frequent complaints from the public to the officer’s supervisor that a cop with his badge number and/or name attempted to shake them down for $5 or $10K.

Occasionally, though, a cop will ask if you have more than $5 or $10K with you. If you answer “Yes” he will ask to see the cash. He will then ask you to prove the origin of the cash. You can see where this is going, right? If you lie, you are breaking the law. If you tell the truth, your BR probably will be confiscated unless you can verify its source to the officer’s satisfaction. The call is yours. My answer is “No.” I have better things to do with my BR than to turn it over to a thief wearing a badge, even if I can ultimately recover some of it with the assistance of a competent attorney.

If the officer believes he has reason to arrest you, he has to search you for weapons. However, even if he does arrest you, he often must obtain a search warrant to search your car, provided you have not foolishly given your permission for a search.

I advise packing your BR securely in a locked bag and not giving permission for a vehicle search. In a reported case, the driver allegedly drifted over a yellow line. Had that driver appeared drunk or high on drugs, it would have been logical for the officer to search the car for liquor or drugs. Because that was not the case, the officer instead requested permission for a vehicle search, which the driver foolishly gave him.

Do not agree to proposed vehicle searches by the police! You do not live in Nazi Germany. If you feel you need an excuse for declining, tell the officer that your time is valuable and you do not wish to waste it. If he persists, apologize for your errant driving, smile and pointedly ask him what his proposed vehicle search has to do with your momentary inattention behind the wheel.

Don’t speed. Stay in your own lane. Don’t roll through stop signs. Adjust your GPS before you start driving. Hang up your cell phone and drive. Careful, lawful driving habits are your best insurance against being hassled by badge-wearing bullies, or even legitimate cops.

Harvey_Ledbetter
February 14, 2020 4:38 am
If the cops want to search your car, they're going to. They are legally allowed to walk their dogs around the perimeter of your car and I can guarantee you that those dogs are trained to sniff for money. Not sure what the best solution is. Maybe a letter from a lawyer to carry with you at all times. Any ideas, anybody?

The Stereotypical Card Counter
August 19, 2021 3:45 pm
I wonder how effective it would be to tell the police officer you are are an professional gambler. I've heard some pretty interesting stories of fascination involving that.