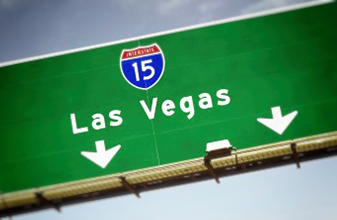 I recently got back from another wild Las Vegas trip. I went with a friend and fellow advantage player who we will call Frank for the purpose of this report. It was a short trip with focus on earning money, though we did have some fun along the way. Las Vegas is still an amazing, magical place for me. I just love almost everything about it. Do you veteran players still feel that way or did it get old for you?

We brought about 25k, and for the first time agreed to a non 50-50 split. Frank plays with me a lot, rarely on his own. I would say he is with me about 20% of the time I play. Unfortunately for him, he is still only about even overall. My trips with Frank seem to go worse than my solo trips, or trips with other players. Frank isn't quite as well read, researched, or practiced as I am in a lot of areas. One of these areas is bet sizing. In the past he always wanted half of my action but with my significant wins and his treading water, we both decided that it was reasonable for me to risk a little more this trip. We decided to go 55-45 (for those wondering, yes he can afford it).

We played some blackjack, but mostly focused on other advantage plays. Blackjack went really well. We won about $4500 on less than eight hours of play; our bet spread was $25 to $600 or so.

In a previous trip report, I wrote about bet sizing and wild swings, and feeling like I was betting too much. This time I got the same feeling, and had even bigger swings. Since I was playing with a partner, we had more money on the table. I based the bets on what I would want on the table if I were playing two spots, then divided that number by .55 so my share was my half-Kelly ideal bet.

Things went well at first, up 4K after the first night, 12k after the second. The third night got really wild. Our high-water mark was about 53k total, or up 28k. This was followed shortly by our low of about 10k. In just a couple hours, we had lost about 43k. We had just lost x hands in a row, and (y-2) hands out of the last y hands. Our chip/cash mountain was gone. I was in a bad spot emotionally and wanted to stop playing, but Frank encouraged me to play on.

We resized our bets based on what we had left and battled back. We ended up finishing about $1000 up at 26k. Based on the edge I think we had and the number of hands we played, I think we earned about $15k of expected value. It felt like madness, just completely silly to be throwing around that much money. I have read that Kelly-based betting at higher edges doesn't change your chances of winning/losing doubling/halving, etc. -- it just makes you get there faster. Well, I liked that a lot when the numbers were smaller, but now I think it is time to slow down! I really want advantage play to work for me long term. It feels to me like a good time to take a step back and evaluate things.

On a lighter note

There were some funny moments on the trip. We were on the elevator and Frank was talking about how many chips he had, referring to them as "blacks" and "purps." A black couple entered as Frank finished his sentence. The guy asked Frank if he was a police officer. Frank laughed, said something like "No, not even close … why do you ask?" The guy thought we were talking about black people and perps, as in one who perpetrates a crime. I think we smoothed it out with them by the time we reached the lobby. I'd like to share a few more humorous incidents, but they happened at the tables and there is a chance that they could be used to identify me.

That is all for now.