On Winning Big and Getting Barred 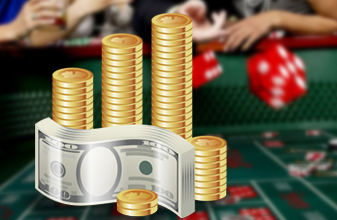 I was going to sit down and write this anyway, but after reading the another post about having a thick skin, this really seems even more appropriate. It is 100% true that the casino personnel only want to be your friend as long as they think you are a sucker and a financial contributor. No matter how nice a guy you are, or how good an act you have, the bottom line is that once they realize you are going to take their money, they don't like you anymore, and don't want you around.

Now, I'm certainly not naive enough to think they really like me, and believe me, when it comes to developing a thick skin, this Turtle's shell is one of the toughest around. If you think playing blackjack and/or other casino games with an advantage is mentally and emotionally difficult, you should try trading for a living. At least the markets are a lot more honest, they never pretend to like you, and you know that they (the markets and the other individual traders that compete in them) are your sworn mortal enemy right from the start. Trading is truly a zero sum game, you against them.

Blackjack is easier because the competition is easier. Traders are always improving themselves and their techniques, but the casino opposition, as long as they basically keep the same rules, are always going to be at the mercy of a skillful advantage player. Yes, we all know that the hardest part about winning at blackjack or any other advantage casino game is to be allowed to keep on playing. A lot has been written about "acting" and "cover plays."

But here is the reality: If you are a winning player, you can only fool them for so long. If you flat bet, or make too many silly cover plays, you are not going to win any money. And after all, winning money is the point of playing. As long as you are not winning, they don't mind having you around. But at some point, the fun has to stop and the seriousness begins.

I know of several people who claim to be good counters and long term winners, but are seldom backed off or barred. They point to their various "acts" or some other reason. I know, because for a long time I was one of them. But I wonder how much these people have really won from the casinos. On the other hand, almost every successful high stakes player I've ever met, those who I know have won substantial amounts of money in their careers, have been 'Griffinized' and/or barred or backed off in almost every casino locale. They have had to resort to disguises, alternate identities, or other forms of subterfuge, in order to keep on playing the games. The casino personnel for the most part are a lot less intelligent than we are, but they are not total idiots. Given enough time, they almost always will eventually catch on.

On a recent trip to Las Vegas, I lost my favorite place to play. One of the few places that I thought could take my action and not sweat it. Maybe I got a little greedy, maybe I overstayed my welcome. Hey, it only took them 15 trips over a period of four years, and my extraction of close to $100,000 of their money, before they decided I was too skillful for them. And even then, because they "liked" me, I didn't really get barred; only placed on a “flat bet” restriction.

The bottom line is simple. If you play for high stakes, no matter how good your act, and I had a good one, they will watch you. And no matter what it may look like, or how much you think you can pocket those chips, if you win enough money, somebody is going to notice. I'm very competitive -- I hate to lose. But nobody cares if you win a little; you're probably not a strong player. But win enough, and win consistently, and they eventually catch on.

The problem with losing this most recent casino is that the same company owns other major properties. On the trip before that, I lost another property that also owns other casinos in town. And I know for a fact that the computer systems of all of them are linked together. I have beaten Las Vegas for what most of you would consider being a lot of money in the past four years, playing strictly part time, and now it's starting to catch up with me. They can only take so much, and I can only fool them for so long.