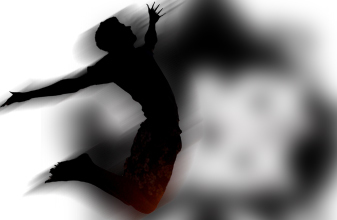 "You guys seem to think that all there is to blackjack is EV. Isn't there an enjoyment factor? Don't some of you just love to play?"

Blackjack is just a job to me. It's a job I generally enjoy, but I still look forward to my time off away from blackjack, especially after a two-week road trip working 14-16 hours a day without a day off. Some full timers I know actually hate the game, but the money's just too good.

Some love the game, especially recreational players, and play marginal games more for fun than for the money, and I think that's great. This can be better entertainment value than paying for dinner and a show in a non-gaming environment for example, which many people do. I don't think there would be near as many objecting posts if a poster just said, "I played a marginal game because it's the best I have available and I enjoy playing (good entertainment value)." But those in this category shouldn't call a marginal game a "good" game. This is what stirs a lot of people up on the board. Suppose for example every game in an area except one is double deck and shuffled after every hand. The one exception is double deck shuffled after every two hands. Would you call that a good game just because it is the best in the area? Of course not. It's just the lesser of two evils currently available to the player.

I think it's fair to say it does before it could be even considered to be labeled a "good" game. If one wants to play a lesser game for fun and hopefully at least a very small profit, that's great. Just don't fool yourself into thinking you're playing a "good" game monetarily and describing the game as such.

For me, generally it must have a much better score than that or I feel my time is better spent scouting for something better or resting to hopefully play a better game the next shift. There are exceptions though. Sometimes I'm in a smaller venue and good games aren't always available on all shifts, so I'll have some time to kill before the next shift. After I've already scouted the whole town, I'll go back to a lesser game if I don't need rest. But I'm in these towns because better games do usually exist. I wouldn't go to a town if I had little hope of ever finding 50+ SCORE games. Again, it's a job to me and rather than work for minimum wage, I'd rather spend time looking for a higher paying job or simply spend the time enjoying life.

How do you know you're playing an overall winning game if you don't keep records? How do you know expenses and tipping aren't eating up all your edge? Start keeping records and you will be amazed at how much even modest tipping adds up. Does playing in the dark honestly sound like a good, sound advantage play strategy? Playing for fun is fine if that is your main goal and you don't care about the money. But remember that this is an AP site, and thus comments that suggest things like ”keeping poor records is okay” and calling marginal games "good" are going to be criticized. Hopefully most criticism will be constructive, as I hope most will find this post to be.

"When that fateful day came, when I got the boot, I was deeply saddened... Needless to say, I can't play there anymore."

Why can't you play there anymore? I've been backed off and trespassed at places I where I'd logged hundreds of hours and was on a first name basis with many pit personnel and went back. I know others that have done the same. One place I was so well known I could get markers without even showing ID. I can pound away there right now even though I've been backed off there three times over the years. These situations are common to AP and simply go with the territory.

Yes, it is a little tougher to get back in where you are well known, but there are a few things one can easily do. It is much easier to get back in these situations if you start laying the ground work on getting back in before you are even tossed. But I don't think I should elaborate further here.

"Wait 'til you wiseguys play for a long period time and start getting kicked out, maybe backroomed, trespassed, maybe they'll go through your room, and who knows what else? I've had those things happen to me. You might learn to appreciate some of the good things we AP's still have left..."

A lot of us full-timers have experienced this treatment. I think "going through your room" is rare, but you can add being arrested on phony charges to the list (but not for me personally). Most I know simply consider this occasional treatment as just another day on the job. If by "some of the good things we AP's still have left" you mean fun playing blackjack, then I'd say our "fun" on the job is more through networking behind the scenes or getting together for lunch/dinner. In a casino, I'll take the money of a better game over pleasant conversation at a marginal game any day, as would most AP's I know. We can always get together later for conversation, or we might prefer to spend our "fun" time with our families or non-AP friends away from the casinos. But again, to each his own as to what he considers to be value and fun.