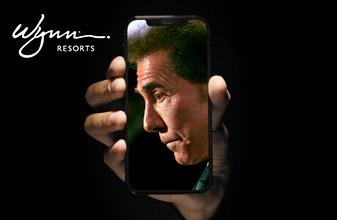 Years after being compelled to serve as a "on-call sexual servant" by then-CEO Steve Wynn, a Wynn Resorts massage therapist has filed a lawsuit in Clark County District Court, saying that the corporation continues to foster a hostile work environment and retaliate against her.

“Plaintiff was subjected to rape and sexual assaults beginning in 2012 until 2018 by either Mr. Wynn or a VIP guest and was required to remain on call for Mr. Wynn’s sexual satisfaction,” the plaintiff’s attorneys wrote in the complaint. “This left Plaintiff unable to defend herself or escape and, in many instances, exhibiting symptoms of Stockholm syndrome.”

Brenna Schrader, who is also a plaintiff in an ongoing federal class action lawsuit filed in 2019 against Steve Wynn and Wynn Resorts Ltd., is represented by high-profile Las Vegas attorneys Robert Eglet, Tracy Eglet, and Danielle Miller. The lawsuit is the most recent development in the sexual misconduct investigation that resulted in Steve Wynn's ouster from the business he established and record fines for Wynn Resorts.

Wynn’s removal in disgrace was viewed in varying ways by advantage players. Many were glad the industry is rid of what some consider an evil man, though others saw Wynn as a pioneer and innovator, who, despite his alleged personal failings, was a better-than-average casino owner whose management style was somewhat less intolerant of skilled patrons, including card counters at blackjack, than most other casino owners. Those players believe Wynn learned from his mistakes after the damage inflicted at Wynn’s behest to early blackjack hole-card experts Tony Dalben and Steve Einbinder in the infamous Golden Nugget case of the 1980’s.

The lawsuit also claims that Schrader “continues to endure hostile and retaliatory treatment, as well as conduct that is sexually hostile for female employees to this day,” in addition to the allegations of sexual assault. Maurice Wooden, a former executive at Wynn Resorts, was also charged in the lawsuit with trying to cover up Wynn's sexual misconduct and posting memos urging staff to back Wynn, which "created an atmosphere where many employees began to call Mr. Wynn's accusers 'sluts' and 'prostitutes,'" the complaint claimed.

According to the lawsuit, Schrader is required to work alongside a coworker who labeled her a prostitute and demanded the dismissal of coworkers who claimed Wynn had abused them. The lawsuit claims that Schrader is compelled to share a locker with the same employee. According to the lawsuit, “Defendants are attempting to create an atmosphere so hostile that Plaintiff will be forced to resign.” Steve Wynn has frequently asserted that he has never sexually harassed or attacked anyone.

Additionally, according to the complaint, Schrader claimed that a "VIP guest" repeatedly abused her sexually between 2016 and 2018 and claimed that "Mr. Wynn had recommended her as a massage therapist."

“Defendants are culpable persons associated with an enterprise engaged in a pattern of prostitution, pandering, battery, sexual assault, and involuntary servitude, which constitute racketeering,” the complaint continued.

After sexual harassment claims against him were published in the Wall Street Journal and the Las Vegas Review-Journal in February 2018, Steve Wynn resigned as chairman and CEO of Wynn Resorts.

Wynn Resorts was assessed a $20 million punishment by the Nevada Gaming Commission in 2019 for neglecting to look into allegations of sexual misconduct against Steve Wynn. When Encore Boston Harbor in Everett sought for a license the next year, the Massachusetts Gaming Commission penalized the business $35 million and then-CEO Matt Maddox $500,000 for failing to disclose allegations of sexual misconduct against Wynn.

“It was not until around April 2019, when Plaintiff sought the help of a therapist, that she could begin to come to terms with her situation,” the lawsuit said. “However, even with therapy, Plaintiff still struggles to interact with men and is very distrusting of them.”