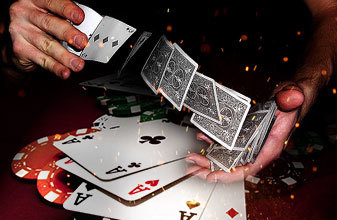 Sometimes casino employees behave in such a ridiculous manner. Some small-minded pit personnel and their low-level supervisors frequently seem incapable of understanding the big picture of a casino's operations, and through their actions, cost the casino far more than they save it by abusing skilled patrons.

Granted, casinos is general are over-paranoid when it comes to “protecting” their games from winning players. While eye-in-the-sky surveillance and much of the game protection supervision is really there primarily to help prevent cheating by players, cheating by players in collusion with dishonest employees, and employee theft, the net is usually cast too wide and ensnares patrons who are no real threat to the financial well-being of the casino. When casino personnel antagonize these patrons and antagonize other patrons who may simply witness the often boorish behavior of the casino employees, the casino loses in the long run. I suppose the arrogance casinos acquire simply by being in a business where people just walk in off the street to hand over their money for very little, or nothing, in return takes its toll on the mindset of the employees. This mindset serves to encourage employee behavior towards patrons that would not be tolerated by the management of any other type of business enterprise.

To many Las Vegas residents, the facilities and amenities offered by casino properties are utilized for far more than just the casinos themselves. The two primary locals-market operators, Station Casinos, and Boyd Gaming, have pleasant and well-maintained properties that include children's play areas (Kids Quest and various arcades), many fine restaurants, first-rate movie theatres, bowling alleys, and even an ice-skating rink. Of course, the real purpose of these offerings is to lure the adults into the casino, prolong their visit to the property, and to get youngsters into the habit of going to the casino and thinking of the casino when they're seeking entertainment. However, these ancillary operations can be, and undoubtedly are, themselves quite profitable, and contribute significantly to the overall prosperity of the property. For example, movie ticket prices and refreshment prices are no lower in casino-based theatres than in non-casino theatres. 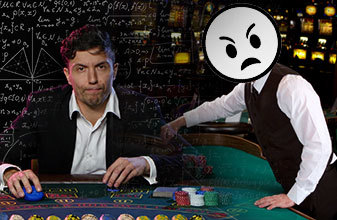 The point of all this is that bad behavior of pit personnel which is tolerated, or even encouraged, by casino management, is short-sighted and a bad business practice. Why is it so difficult for upper management to realize this, and stop the petty abuses?

For every skilled patron they chase off, they will chase off the family members, friends, and acquaintances of that skilled patron. For example, my wife is a competent basic strategy blackjack player but isn't the least bit interested in learning counting or other advantage play skills. Though she wants to win, she plays primarily “for fun.” She, of course, will be a losing player in the long run, and should be a considered a “good casino customer.” In addition, she sometimes plays slots (ignoring my repeated objections), and, of course, loses at them, as does everyone else.

Why does the casino want to chase her, and many others like her, away? They probably really don't want to. But they do anyway, with their frequently ill-advised and downright stupid behavior towards skilled patrons.

When they hassle me, or any other skilled patron, in an unreasonable manner, I will, of course, remember it. I have no quarrel with reasonable backoffs that are done professionally and courteously. But casino managers frequently appear to be so short-sighted, and so blinded by their own greed, that they seem to want to turn every patron upside down and shake them by the ankles until every last penny falls out of their pockets. Stupidity is often the result.

In Barry Meadow's book, Blackjack Autumn, he quotes highly-regarded former casino executive, author, and casino consultant Bill Zender, "Too many people in this industry sweat the games, and that makes the players uncomfortable. These corporations get scared if one month your hold is a couple of points lower than it usually is, and they start panicking. But usually, it's just the fluctuations of the game. ... But if you run the game right, you'll actually make more money than if you're wasting all this energy on trying to stop counters.” Mr. Zender was referring to the poor penetration in most places and the harassment of red and low-green chip level skilled patrons that is seen so often.

Even among skilled patrons, only a small percentage have the time, tenacity, and bankroll to be a real threat to the casino. So why all the ridiculous harassment and stupidity? The following five examples have actually happened in Nevada casinos:

Stupidity is a pit employee trying to renege on a coupon offer, and argue with a patron about it.

Stupidity is a shift boss, to a well-meaning ploppy who got involved in a poorly-executed backoff, referring to card counters as “scumbags.”

Stupidity is a pit critter refusing to accept a single bet, with an Expected Value of less than $20, from a player who had never even played a hand at that casino. 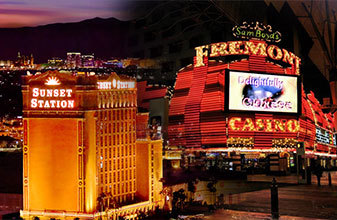 Stupidity is a casino using security guards to bully a high-rolling ploppy who was mistakenly identified as a skilled patron.

Stupidity is the overuse of personnel and resources in trying to eliminate all the skilled patrons, regardless of their bet levels, from among their patrons.

When casino personnel abuse or unreasonably mistreat skilled patrons, the consequences of their actions extend into a much wider circle than they seem to realize.

Skilled patrons have family members who are NOT skilled patrons, and ARE “good casino customers.” They are shocked and disgusted when told about the overzealous behavior of the pit personnel, and usually agree to take their patronage elsewhere in the future.

Skilled patrons have friends who are NOT skilled patrons, and “good casino customers.” They are shocked and disgusted when told about the overzealous behavior of the pit personnel, and usually agree to take their patronage elsewhere in the future.

Skilled patrons have business and professional contacts and associates, who are NOT skilled patrons, and ARE “good casino customers.” They are shocked and disgusted when told about the overzealous behavior of the pit personnel, and usually agree to take their patronage elsewhere in the future.

Skilled patrons have neighbors, and members of community groups they belong to, who are NOT skilled patrons, and ARE “good casino customers.” They are shocked and disgusted when told about the overzealous behavior of the pit personnel, and usually agree to take their patronage elsewhere in the future.

The Stereotypical Card Counter
August 19, 2021 8:40 pm
Unfortunately, my grandparents don't care about casino abuse. They play slot machines once or twice a month, depending on weather, and don't play elsewhere cuz they don't want to make a 2 hour drive elsewhere since they're in their 80's. My grandfather was a math teacher, and he could have become a card counter if he grew up in my time period, but by the time I told him about counting cards, he was happily retired, had a harder time remembering things, and has a wife who is too naive to consider playing anything but slots. Today, their biggest gamble is whether or not they can trust their investment advisor.

Of course these comments about lenient play translating to more customers and increased profits are valid. Of course they are.

I haven't followed this in many years.

And if so, what fraction of casinos would you guess are now relaxed vs. police institutions?