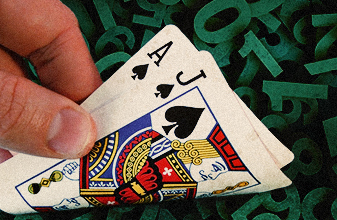 A decision every card counter faces is which count system to use. Here is an email from a BJ21.com Green Chip member that expresses the quandary:

I hope you can help me. I am writing to you for some advice. I have been playing blackjack for about a year now and I have been counting cards for most of that time. I love the game and plan to play semi-professionally, but here is my problem. What is the best count method to use?

When starting to play, I read Humble and Cooper’s book, The World’s Greatest Blackjack Book, and I used the Hi-Opt I count. Next I read the late Lawrence Revere’s Playing Blackjack as a Business and started using his Hi-Lo because it was not an ace-neutral count. I played blackjack in Las Vegas using both counts on different visits and won money using both. Subsequently, I read Bryce Carlson’s Blackjack for Blood, and of course he says his basic and advanced Omega counts are best. And then, to make matters more confusing, I read your book, Blackjack Secrets, and you use the Hi-Lo count, but you vary the strategy according to the count and the dealer’s hitting or standing on soft seventeen. I know that there are different levels of counts, but which is the best?

I consider myself of at least average intelligence and I do not mind putting in the hours of study that it takes to become a professional blackjack player. I just do not want to waste any more time on a blackjack system that is not going to help me be the best player possible.

So, there is my dilemma. If you could help me, it would be much appreciated.

My answer to this reader is: It does not matter much which counting system you use, as long as you are using something that compares high cards to low cards. The high-low is the best of the simple systems. If you want to use a more powerful system, the halves count wins faster than the high-low, but is also more difficult. Much more important is what kind of a game you can get, specifically how much you can bet on high counts. I suggest that instead of trying to learn a more complicated counting system or memorizing a wider range of numbers than -1 to +6, you would be better off thinking about what kind of an act would allow you to get away with bigger bets when your count finds an edge.

Analyze what kind of image you project (or fix yourself up to project the image of your choosing) and then select an act that is consistent with the image you project. You can have multiple acts, each with its own look (clothing, hair, personality, et cetera).

Some other systems, hi-opt for example, count ace as zero in the primary count. For most playing-strategy decisions, more accuracy is achieved if aces are counted as zero. However, for hi-opt to approach the high-low in win rate, a side count of aces must be incorporated for betting purposes. Keeping a side count means keeping two running counts, which of course is more difficult than keeping just one running count.

If you use only one count (i.e. no side count of aces), should aces be counted in the high group or counted as Zero?

My answer is to include aces in the high group, with the 10s. The reason is that estimating your edge for bet sizing is more important than knowing when to vary from basic strategy. Simulation results provide ample evidence.

My simulations of simple counting systems (one count only, and no side count) show that the high-low outperforms the hi-opt whether naturals pay even money or 3:2. The high-low yields a higher win rate than the hi-opt for any number of decks. The sample sizes are large enough that the differences are statistically significant.

Halves does better than the high-low, but is also more difficult to use. Whether you think the improvement in win rate justifies the increase in difficulty is a personal matter. Ever since I developed it in the early 1970s, I used the halves count with no side counts. For most of my playing career, I used strategy numbers from -1 to +6.

Monkeyhunter1
October 25, 2019 10:30 am
I have a question regarding Arnold Snyder's True Index Method described on page 82 of Blackbelt in Blackjack. He states that you multiply the index number of the decision in question by the number of remaining half decks then compare this number to the running count. Here's my question, if you have an index of zero, does it matter how many half decks you have left to be dealt. Zero multiplied by any number is still zero. Does this mean that the strategy deviation will remain the same regardless of how many cards have been dealt? I know there's probably an easy explanation and I'm just missing something. Any help is appreciated.
Monkeyhunter1

SALMON
January 4, 2021 2:52 pm
Hi,
Right on about character and disguise.
When I was playing blackjack for several years while living in Puerto Rico some 50 years ago disguise was what kept me going. Casinos were only open in the evening, so as not to have locals gambling in the day when they should be working. I would get up and prepare to go to "work", ie play blackjack. I wore the grungiest clothes I could put to get together. Not seedy or dirty, so as to be repulsive. But mismatched colors, seersucker type stuff, etc. I owned a car, but went to the casinos in a motor scooter. Weather is great there, and hardly ever rains, except for a quick shower most afternoons. I was aware of the traffic schedule of players at the various casinos and would go to the ones that were the quietest. If a casino was crowded I would quickly leave, trying not to even be seen, jump on my scooter an move on. I would always try to play head to head, as I could run through more plays faster. Also at that time they allowed you to play all 7 spots if you wished. I would buy a bunch of chips and strew them around the table a bit to discourage others to join, but would always be polite about it. I was considered a goofy local character who liked to gamble. The most important thing was that I tried to pay as little attention to the cards as possible. At the same time I never stopped talking and joking around endlessly while keeping a running point count.

One of my running lines was "No luck bet a buck! Get a hunch, bet a bunch!"

I had several others, as I went to Puerto Rico to work one of the big hotels as a comedian and ended up being held over for 10 weeks, plus then getting other gigs. That is when I first started playing blackjack. I had a strong science and mathematical background. I went to one of the premier high schools in the country, 'The Bronx High School of Science," that one could not go to with the highest grads and passed a test they gave to everyone who tried to attend. i realized, also having been a professional magician my teens, that playing cards were not random, and many card tricks require memory and math principles.I tried to keep the amount of my winnings as secret as possible even from the dealers and rat holed as much of my winnings as possible. I might have been a bit obnoxious, but it made for variety for the staff, and they had fun when I was around. I DID NOT LOOK OR APPEAR LIKE A PERSON WHO COULD BE A WINNER! There was another counter that would come from Vegas several seasons, and he was the opposite. He wore $500-$1,000 suits, a diamond ring, and had a full head of beautiful groomed white hair. He was a "millionaire" from a big company who loved to gamble on his "vacation." He wisely kept away from me, as he knew I was winning and did not want to be associated with me.
Character can count a lot, and can help for longevity.