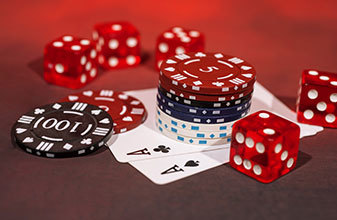 Question from a reader:

While walking through a blackjack pit, I paused at a $25 double-deck table where a player had a large stack of green chips in front of him. The dealer was shuffling. I stood and watched and after the fifth round had been completed, I had a true count of +6. I placed three black chips in the box for the next hand. I was dealt a hard nineteen against the dealer’s upcard of a 5. The dealer turned over a 10 and hit it with another 10. At this point the count had dropped, so I picked up my winnings and started to walk. The dealer looked at me with a big question on his face. I responded to his unspoken question: “I am really a $10 player. Why press my luck?” He laughed, as did the pit boss who was standing nearby, and I laughed. Of course, I was not laughing at the same thing that they were!

I have found that pure Wonging it just does not work for me for several reasons. First I am too much of a gambler and simply enjoy playing too much to exercise the discipline of getting up and leaving the table whenever the count gets bad. Also, pure Wonging does not seem practical for use on a junket. However, I use a modification that has been suggested by other authors, which seems useful. Specifically, I do not sit down for my usual hour of play until the shoe hits a true count of close to +1. I jump in, get my marker, and play two hands of $75-$100 each. I stay put for about an hour, betting $25 to $300 per hand. I manage to have one “call of nature” when the count goes strongly negative during that hour. I also end my play on a shoe that has turned negative. This approach thus far appears to attract no heat.

Is it better to Wong in at any plus count or to wait until the count indicates at least a 1% advantage?

If the count indicates a zero advantage and you play anyway, you will be adding to your risk but not to your expected win. But you might find that playing only when your advantage is large attracts unwelcome attention. For cover you probably will want to play some hands at less than a 1% advantage. In shoe games I play whenever I have any kind of advantage at all, and sometimes when I have a disadvantage but the count is zero or positive. In single or double deck, I even tolerate negative counts if the game is fast and the dealer is giving good penetration.

Does the terrible disadvantage of the bad rules at multiple decks affect the Wonging flat bettor?

You probably should avoid all games where your disadvantage right after a shuffle is more than 0.5%, unless you have something else going for you, such as fabulous penetration.