Blackjack Havens -- A Brief Look Back 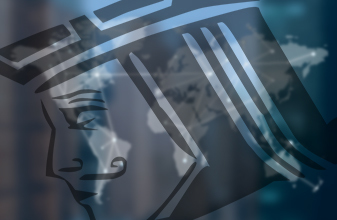 Having traveled playing since 1992 in over 60 countries, I played many blackjack havens. I share my past experience and hopefully, fellow APs would also share theirs here or on Green Chip because these were part of blackjack history. My experiences were mostly non-USA but there were some in the US. Unfortunately, all the loopholes have long been closed.

Casinos offered a good rebate for blackjack players. A blackjack player who brought $30,000 to casinos over a weekend playing 12 hours betting minimum $400 got fully comps on airfares, hotel, and food plus $2,100 rebate. Since the games were about -0.1% to -0.2% basic EV, basic strategy players could get about $1,300 average flat betting after rebate. I arranged puppet players on the program, making about $600,000 in commissions.

Hundreds of casinos offered +0.5 to 1% basic EV games with rules such as full Early Surrender and 2 to 1 same suit blackjacks.

Casinos offered chips rolling rebate on blackjack up to 1.5% allowing basic strategy players making 0.3 to 0.5% playing against CSMs. A team took HK$5.2 Million in 6 weeks from a casino on CSM HK$20,000 max table.

A casino offered a sequential trackable game for 4 years until 2011. Two casinos offered a baccarat video game allowing players doubling after seeing one card every 20 hands in 2008.

A casino offered 1% positive off-the-top games for years and reported subtly at Jesse May's Gambler's Guide to the World. I went playing after the book been published for a half year. The game was offered for years after being reported.

A casino inserted a Joker on blackjack. A card counter posted about it at BJ21.com. I went there three months later and the Joker was still offered.

A casino offered one card exposed baccarat and $1.2 M was taken in 4 months.

A team took $1.2 Million from a casino in 2 months from baccarat exposing one card and blackjack hole cards.