Promos, Competition, and Lurkers -- another side of The Power and Value of Networking 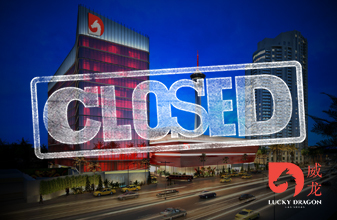 According to the reports that we have, a recent casino promotion went more smoothly than many others have. It lasted the whole scheduled time, with no major countermeasures. Also, it appears that there was not a problem in getting seats.

There have been promos that did not go this way. In some, it was hard to get a seat because the tables were so crowded. Sometimes we see promos like this where the casino is giving away positive Expected Value (“EV”). Sometimes casino managers miscalculate how much money will be won by patrons, and they end up dumping a lot more than they can afford. And so they cancel the promotion, or curtail it in some other way, which of course is unfair to patrons, particularly those who have traveled to play the promotion.

Let us analyze the issue of limited seating. This means that every person who knows about the promo and comes to it is a competitor for one of the seats. The more the promo is advertised, the greater your chance of getting shut out. Also, consider the issue of limited casino “promo bankroll.” Every player who goes to this promo is extracting taking part of it, decreasing the share that you can get.

Imagine this situation: The XYZ casino decided to have a promo where it’s going to give away one million dollars. Everyone who shows up at 4 PM on August 1 will get an equal share. If 1000 people show up, each gets $1000. If only 100 show up, then each will get 10K. If you know about the XYZ promo, you would be a fool to advertise it. Your best strategy would be to show up and hope the word did not get out. Every person you encourage to come is taking money out of your pocket. Maybe you would tell your friends and associates, but the last thing you would want would be for the promo to be highly advertised. The fact that the casino is advertising it is not on point; even with that, it would be foolish for us to take out a full-page ad in the newspaper telling people about the giveaway.

Promos are often similar to this hypothetical XYZ promo. As mentioned, limited seating and limited casino pain threshold make them similar to the giveaway. This is the paradigm that many of us are applying here. It’s unfortunate that this issue is sometimes framed as an issue of “elite AP’s” vs. “civilians.” I don’t have a problem if a civilian or recreational player finds out and attends. They have every right to do so. But that is different than getting out a bullhorn and driving around barking “Casino Giveaway.”

If there had been a promo like this that I knew about, the last thing I would do is to tell all the “elite” players here. I would keep quiet and hope that I could get a bigger share of the free EV. Of course, there may be people with whom I have arrangements to share information; I would tell them since I know they would reciprocate.

In the bygone era of more worthwhile casino promotions, people were more willing to share information. But the number of lurkers has increased and people who have shared info have felt burned. This is why sometimes keeping one’s mouth (and keyboard) shut is the best policy.

104319104319
December 31, 2018 6:10 pm
Is it possible to get a pit boss on the strip to comp you meals or a buffets usually I get told to use my points at a players club. Granted I only play about 45 minutes per casino but I am playing black chip and have reached the pinnacle levels in all the strip casinos. Is the pit boss comps a thing of the past or Is this because I am not putting in enough time on the tables?

Curious Person
December 31, 2018 7:41 pm
There are still some pit bosses with the power of the pen but not so many anymore. Many hosts can still write discretionary comps.