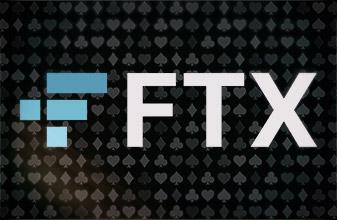 Sam Trabucco, the former co-head of Alameda Research, the trading division of FTX, posted tweets about gambling, which is one of the byproducts of the abrupt collapse of Sam Bankman-Fried’s multi-billion dollar cryptocurrency enterprise. Trabucco asserted that he acquired his trading skills at the blackjack and poker tables. This information has been viewed as unique. However, I believe that if we want to comprehend what transpired at FTX, a more thorough examination of Trabucco's gaming background is warranted.

The only legal gambling in the United States throughout my formative years was in Las Vegas, along with some horse racing and bingo. Public attitudes toward those who gambled for significant personal stakes were quite negative. Small-stakes recreational gambling was common and generally tolerated.

Over the ensuing decades, attitudes changed significantly, and a new caricature was created: the advantage player who could constantly win without lying or taking advantage of helpless people. Professor of mathematics Ed Thorp, who co-authored "Beat the Market" in 1967 (with Sheen Kassouf) about using the same techniques in financial markets, is the exemplar. He wrote "Beat the Dealer" in 1962 about blackjack card counting. Some of the fuel for the new image came from the sensationalized exploits of Massachusetts Institute of Technology blackjack teams.

In the late 1970s, a wave of people who played high-stakes games flooded Wall Street. Bond and stock salespeople with Ivy League degrees, but without a background in math or science, populated the investment banks and trading houses. However, mortgage securities and derivatives required a level of mathematics that was beyond the reach of these individuals. However, the majority of mathematicians lacked the obsessive attention to money, risk taking, and psychological qualities necessary for profitable trading. Only high stakes advantage gamblers who have developed their abilities in games like poker, blackjack, gin rummy, backgammon, bridge, and sports betting were eligible to apply.

These individuals' achievement was mostly unrelated to their aptitude in math or psychology. It was the experience of relying only on calculated risks. Most of them had experienced financial failure once or twice, but they had recovered and gained valuable lessons. They understood that taking enormous risks when you were ahead was just as crucial to survival as eliminating losses. They were accustomed to making wise choices in situations of extreme pressure and high stakes, where one egregious error may destroy the benefit from a hundred wise choices or even put a stop to your career forever.

As time passed, Wall Street discovered additional sources for quants. Armies of mathematicians arrived with the fall of the Soviet Union, while physicists arrived with the cancellation of the superconducting supercollider. For college students who excelled in arithmetic, Wall Street rose to the top of the list of viable employment prospects. Many of these individuals had never gambled, played for huge stakes, consistently won, or lived off winnings. They had to practice their risk management skills on Wall Street.

Trabucco seems to have been a dedicated and successful poker and blackjack gambler based on his tweets and other publicly available information. Another reason to believe Trabucco understands risk-taking is that he traded for a few years at Susquehanna International Group, a company known for cross-training its traders with poker and other games. He appeared like just the kind of person you'd want in control when Alameda was thought to be a really successful quantitative crypto trading operation. It now appears that the critics did not think Alameda was losing money. It was alleged that it was defrauding FTX exchange clients by earning an excessive amount of money.

About three months prior to the public disclosure of its losses, Trabucco left Alameda. Public perception quickly changed from believing that Alameda traders were the sharpest people in the room to believing that Alameda was managed by fools who placed highly leveraged bets that cryptocurrency would never decline. However, there are solid reasons to believe that the truth lies somewhere in the middle based on the backgrounds of those involved and the opinions of specialists who looked into FTX.

Although it hasn't been confirmed or formally accused, diverted client funds currently seem to be FTX's main problem -- and there seems to be enough money missing that it's difficult to credit other explanations. But whether Alameda was a skilled trader is another and intriguing matter. Did it take excessive and poorly planned risks from the start, covering up errors with the FTX exchange and the cryptocurrency bull market? Or did it make successful, risk-controlled deals up until Trabucco left and the rest of the company collapsed?

Many individuals believe that Trabucco's history only serves to confirm their preconceived beliefs about gambling, and that the collapse of the Alameda is simply yet another example of the fabled gambler's fallacy. But if Trabucco were a consistently profitable high-stakes gambler, it strengthens the case for the second theory, which holds that Alameda was a victim of FTX's problems rather than their cause. This is because modern thinking recognizes the similarities between taking risks in a casino and in the financial exchange.