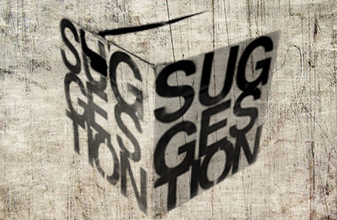 Olow_Hoop asked about the Card Counter Commandments. From the gist of the rest of his post, I suspect he wants to know about the etiquette of posting on bj21. Since I'm not Stanford Wong, but just a fellow poster, I cannot make commandments, but I can make suggestions. Here are ten of them.

1. Think about what you are going to post before you post it. Shooting from the hip often misses the mark and makes you look foolish.

2. Proofread your post before you hit the button. It lets you think twice about what you said and gives you the chance to correct typos or spelling that can often make posts hard to understand.

3. Respect your fellow posters. Treat them with dignity and be tolerant of their mistakes. If the mistake is one that is irrelevant to the information being imparted in the post, such as grammar or spelling, it isn't necessary to point it out. It just embarrasses the original poster.

4. Accept criticism with grace. Not everyone thinks the way you do, and they are entitled to voice their opinion just as much as you are.

5. Make your point once. There is no need to respond to critics unless you feel further clarification would enhance your original point. If your original idea is a good one, it will have its defenders. Posting it over and over again won't make it more credible. In fact, repetitive posts of the same idea hurt its credibility.

6. Recognize that some people are jerks. Often, they make outlandish or rude posts because they are simply seeking attention. Don't give them the satisfaction. If someone has responded to you with a dastardly remark, such a post says much more about the person who made it than it does about you. You don't need to respond to every insult. Many of them are trolls that shouldn't be responded to at all.

7. Humor is a good thing, but don't use it to make fun of or embarrass a fellow poster. Recognize the difference between an insult and a humorous aside or response.

8. Avoid profanity. It is offensive to many, and it usually serves to mark the poster as either immature or unintelligent.

9. Use the delete code. If you have second thoughts about a post, take it down.

10. Remember that what you post here is also going to be read by the casinos. Too much detail could hurt you and your fellow posters to this forum.

Being a fellow sinner, I have probably violated almost all of these suggestions at one time or another, except the one about profanity. But I think if we all tried to follow them, these pages would be much more enjoyable.